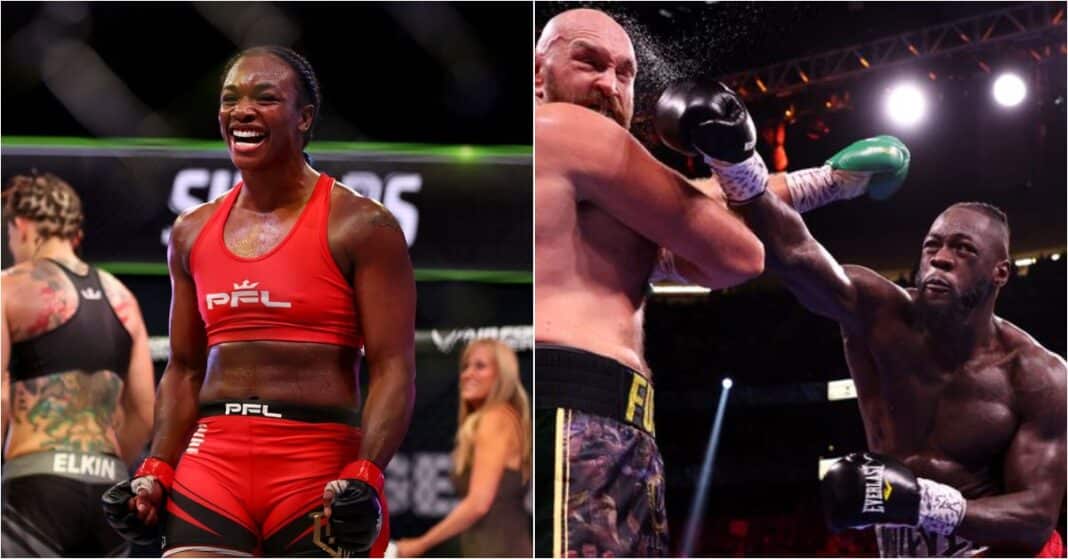 Shields, who is a three-division world champion, has clutched the likes of WBC, WBA, and IBF world titles, and scooped two separate gold medals at the 2012 and 2016 summer Olympic Games in London and Rio de Janeiro, respectively at the middleweight limit.

The Flint, Michigan native recently made her long-awaited transition to the professional mixed martial arts realm, signing a multi-year deal to link up with the PFL (Professional Fighters League).

Shields made her professional and promotional debut at PFL 4 in June in Atlantic City, New Jersey — stopping Brittany Elkin with ground strikes in the third round. Shields was scheduled to return at two separate events under the organization’s banner back in August until she was finally penciled in to match with Abigail Montes at PFL 10 on October 27. coming.

Despite her transition to the mixed martial arts world, Shields has still kept her ear close to the surface in regards to the boxing world, reflecting on last week’s trilogy bout between Fury and Wilder. And described their trio of clashes as one of the best trilogies in the sport’s antiquity — praising the heart on display from both.

“Of course, I was going for Deontay Wilder, he showed so much heart,” Claressa Shields told LowKick MMA reporter, Darnel Giovani. “Tyson Fury, man — just a very, very good boxer — very, he got a lot of heart too. He was the better man, you know, on the third fight. But I was still kinda hurt for Deontay Wilder because that’s who I was cheering for, that’s who I wanted to win.“

“It was a great trilogy, you know what I mean,” Claressa Shields continued. “I’m tryna think of guys who I’ve seen in boxing, fight three times, and I think that that was definitely, one of the best that I’ve seen.”

Despite the eleventh round knockout loss to Fury, Shields has claimed that Wilder should be proud of his performance, and believes he showed many improvements and can build off that fight.

“Deontay can build off of that — off of that performance, you know,” Claressa Shields said. “From the last fight, I think with Fury when he got knocked out in the seventh round, to being knocked out in the eleventh. I mean, he showed so many improvements. The only thing he needs to fix is his gas tank and just some better defense. But other than that, he made so many great improvements and that’s down to his hard work and to his new coach, Malik Scott.“