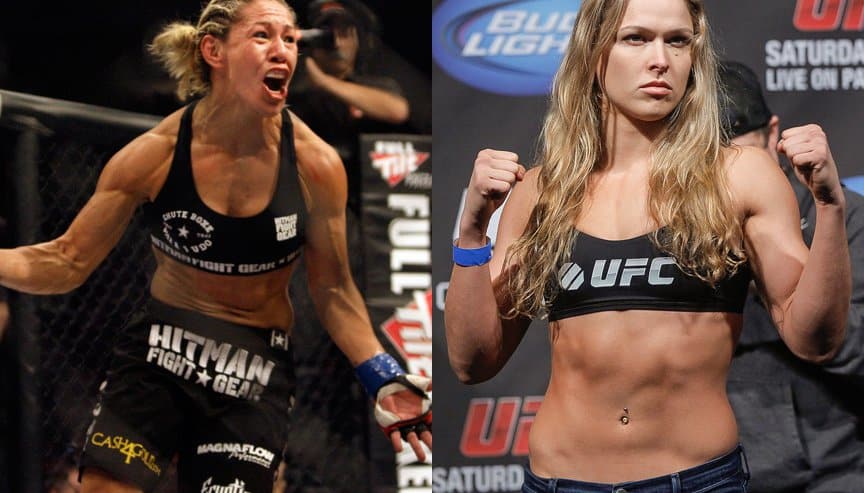 It’s no secret that Cris Cyborg Justino and Ronda Rousey don’t like each other, but this is just nuts….

Ronda Rousey’s shocking knockout loss at UFC 193 has opened the door to a wave of gloating from former and potential opponents, and a barrage of soul crushing memes. Among the nastiest of reactions was Miesha Tate‘s hateful comments that she was pretty stoked to see the ‘bitch’ Rousey lose, her words. ”Cupcake’ was ousted from the title race with Holly Holm getting the call to face ‘Rowdy,’ and sour grapes are never pretty, but she wasn’t the only one getting her digs in.

Of course we’re talking about Rousey’s arch rival Cris Cyborg, the Brazilian striker that’s been going back and forth with the now former UFC bantamweight champ for years now. The Invicta FC featherweight champ is yet to be snatched up by the UFC for various reasons including but not limited to weight, money, politics, drugs and the fact they had Rousey to promote WMMA. Taking to her Twitter, Justino had some harsh words for the fallen Rousey:

I don't understand why you would decide to be a #DNB when you're getting kicked in the head ??? pic.twitter.com/QGbCvwj70f

Ouch! She didn’t stop there though, as she text MMAFighting.com to tell them her feelings on the huge loss for ‘Rowdy’ in Melbourne, Australia:

“She underestimated Holly Holm. Everyone, even Dana White, was saying Cyborg would be next after she gets past Holly. Look at what Ronda said after the weigh-ins. You don’t play with God.”

Along side everyone else with a keyboard or access to social media, Cris Cyborg has put her two cents in. Unlike everyone else though, Justino probably has good reason for it. She’s been lambasted and slandered by UFC president Dana White and Ronda Rousey for years so, just desserts?