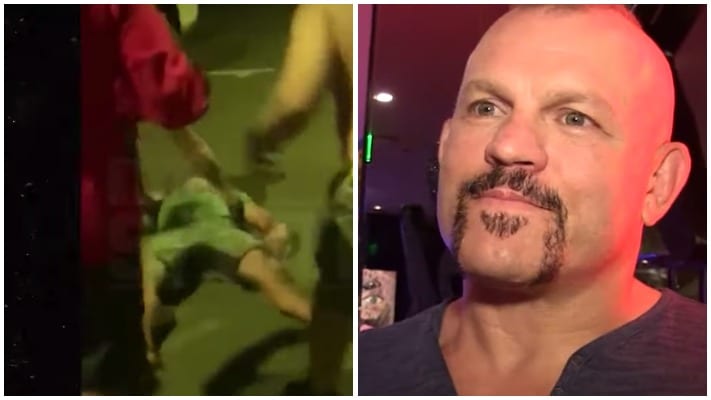 UFC Hall of Famer Chuck Liddell believes it isn’t worth it for BJ Penn to continue engaging in street fights.

Yesterday, TMZ obtained footage showing Penn getting into an altercation with a civilian in Hawaii. In one clip, the civilian notably knocked Penn out cold as the footage went viral. It wasn’t the first time the Hawaiian was involved in a street fight this year either.

Many have since called for him to retire, especially with “The Prodigy” set for what appears to be one last UFC bout against Nik Lentz. For Liddell, he believes any fight has to be postponed after Penn got knocked out:

“It really isn’t worth it at this point in our lives,” Liddell told TMZ of the incident. “Well, he’s supposed to fight soon, right? I was told he got knocked out. If he got knocked out, I think that cancels the fight. You got to take some time off after that to recover.”

The UFC nor Dana White is yet to comment on Penn’s latest antics. However, Liddell believes the latter will have to postpone Penn’s fight at the very least:

“He’s going to have to at least postpone it for a little bit,” Liddell concluded.

Penn and Lentz have verbally agreed to fight, however, there is no location or date for their fight as of yet. It wouldn’t be surprising if it was postponed to next year or called off completely though.

Do you agree with Liddell?