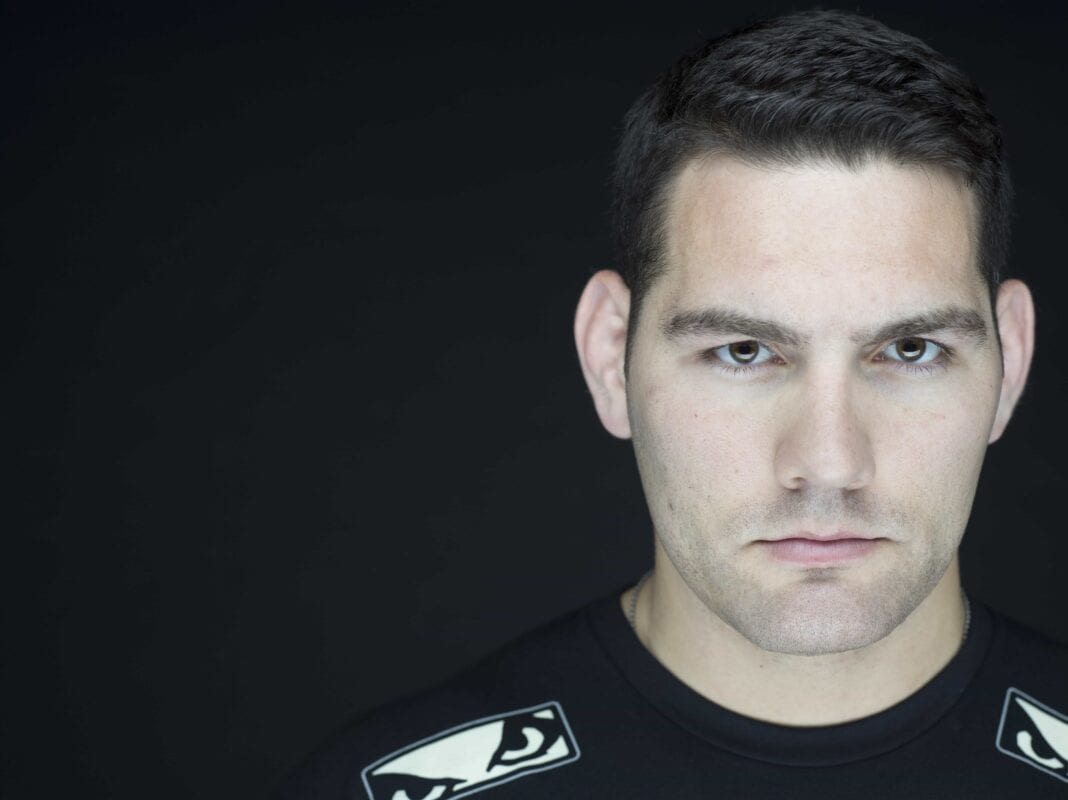 UFC midleweight champion Chris Weidman once again finds himself on the DL, once again having to pull from his title defense against Vitor Belfort. “The All-American” was injured in training last week, and the MMA world collectively groaned after his third withdrawal from a title fight in 18 months. Rescheduled bouts with Lyoto Machida and Vitor Belfort have seen Weidman compete at the same frequency as Anderson Silva in the last 14 months.

Talking with The MMA Hour, the stricken 185-pound boss details the injury that forced him from fighting in LA, California on the 28th of February:

“I was hitting a switch, like I’d done a million times before, and my ribs popped and I felt paralysed. I went straight to an MRI scan, I still wanted the fight at this stage, but the UFC doctor didn’t want me to fight. I was just so disappointed because I was feeling good, I wanted to fight Vitor (Belfort) so bad. If it was any other injury I would have just fought through it; I’ve fought with broken ribs before, broken hands. This injury I just couldn’t.”

Obviously there was somewhat of a backlash from fans, and Vitor himself, who said that Weidman ‘Pulled out of three fights with me’. Weidman was quick to respond to Belfort’s comments:

“This guy (Vitor Belfort) is a mental midget. There was a lot of ignorant things that he has said, I don’t like to take jabs at people, but he says ‘Weidman pulled out three times’, but Vitor failed his drug test. Vitor’s second drug test, but they couldn’t punish him because he wasn’t licensed. He’s a two-time convicted juice head at this point, and I fought Machida with a broken hand, and I had to have that surgery after I fought him in June.”

“I’ve been out for 6 months, I just got an injury now and I’ll only be out two more months. That’s a little crazy that they are considering an interim belt already. It sucks, I understand it’s business, but it just sucks that it’s me. I think Ronda can save UFC 184, but I understand if they want to make an interim belt. So if they fight at UFC 184, when will they be ready to fight me? I could be on the shelf for a lifetime. I want to dominate this division, win some super-fights and then I’m out.”

Well, quite an animated response from the usually subdues champion. It’s apparent that Vitor Belfort’s comments have taken their toll on Chris Weidman, as has the most recent injury he sustained. The champ was then quizzed on what he though of Anderson Silva’s win over Nick Diaz at UFC 183, and whether he thinks “The Spider” deserves a title shot:

“I respect Anderson, he is a really nice guy. It was a weird fight, I don’t think he was what everyone was thinking he would be, he didn’t do what people thought he would. I wasn’t very impressed and he doesn’t deserve another title shot. There are a lot of better guys than him out there right now. For me, as a fan, I want to see him retire.”

Fair play for the honesty from the champion today. This is perhaps the most frank and open we’ve seen Chris Weidman since he started his UFC journey. Do you feel like Silva should retire, or that the UFC should seek to make an interim title after just seven months since his last bout?