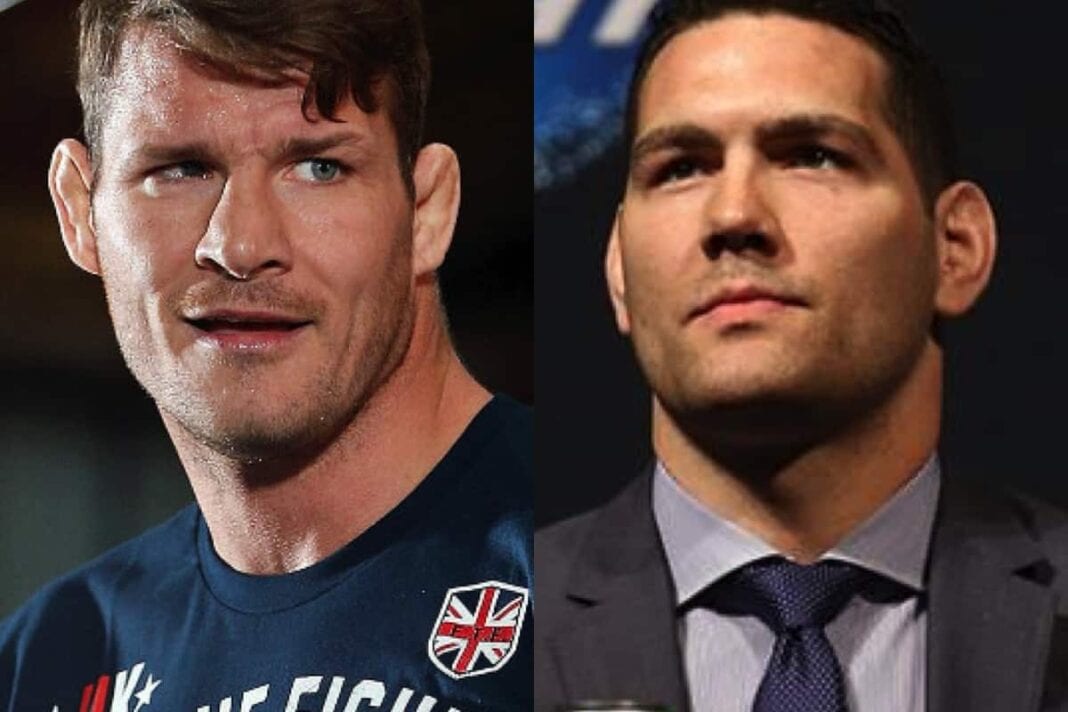 Former UFC middleweight champion Chris Weidman will look to get back to his winning ways in his home of New York when he meets No. 4-ranked Yoel Romero at Nov. 12’s UFC 205 from the famed Madison Square Garden. With a win, Weidman is hoping to get a crack at reigning champion Michael Bisping, a man Weidman has gone back and forth with in the media in recent months.

Bisping replaced Weidman at June’s UFC 199 when the ex-champion was forced to withdraw from his scheduled rematch with Luke Rockhold. Bisping ended up shocking the world and knocking Rockhold out cold. “The Count” has since defended his title earlier this month against No. 14-ranked Dan Henderson.

Despite Bisping’s recent streak, Weidman feels as if he’s the ‘odd ball out’ in the division. Also, not only does the Long Island native think Bisping lost to Henderson, but he believes that other lesser ranked fighters would topple the champion:

“It’s crazy because the middleweight division right now, you’ve got probably one of the toughest divisions – except the champion,” Weidman told Ryan Gerbosi of Newsday in a recent interview. “I feel like the champion is kind of the odd ball out. I think he’d be an underdog to all the top 10 guys.”

“I thought Dan Henderson won the fight, I thought he won rounds one, two and five,” Weidman said. “I thought he should have got a 10-8 round, he had the guy finished in the first round and it could’ve been stopped.”

“I think [Derek] Brunson beats him, I think Mousasi beats him. There’s a lot of guys that beat him. I have to look at the rankings, but he’s just at the door with the top 10 guys.”

How long are you expecting “The Count” to reign atop the UFC’s 185-pound division?