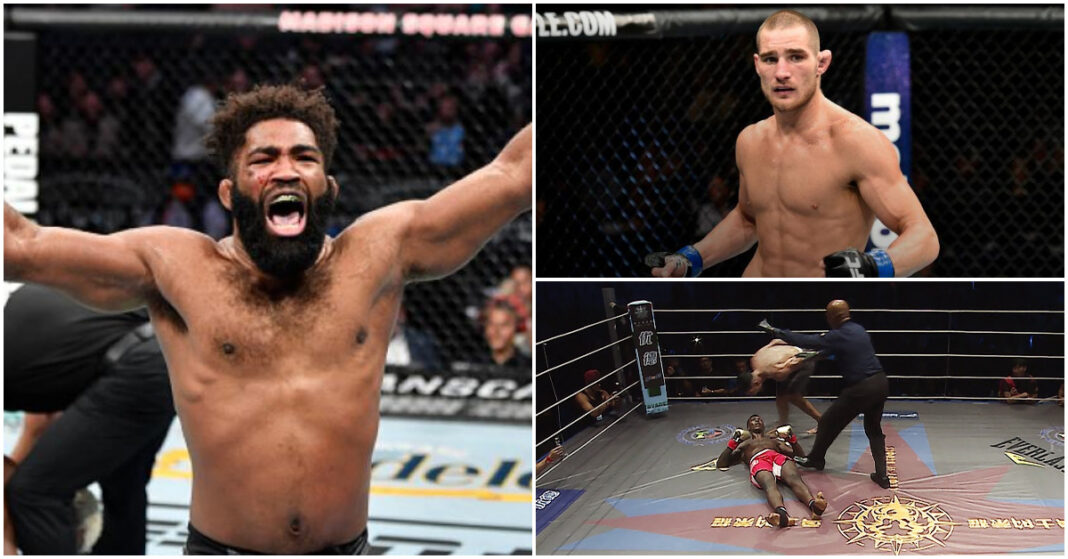 Chris Curtis has backed his training partner Sean Strickland for his upcoming bout against Alex Pereira.

UFC Middleweight Chris Curtis is scheduled to take on Rodolfo Vieira on June 25 at UFC Vegas 57. Curtis will be looking to extend his winning run to three in the UFC after coming out victorious in his first two showings against Phil Hawes, by KO, and over Brendan Allen, by TKO.

He made his first appearance under the banner on Dana White‘s Contender Series in June 2018. ‘The Action Man’ would go on to the PFL for a brief stint that saw him drop three in a row before joining the UFC last November.

In an exclusive interview with James Lynch for LowKick MMA, Chris Curtis talked about his upcoming fight against Vieira and shared his thoughts on the promotion matching his training partner Sean Strickland up with Alex Pereira.

When asked by the interviewer about who will be in his corner against Vieira, Curtis shared that Strickland will be in attendance just a week before his own outing with Pereira.

“Nate Pettit, Eric Nicksick, and of course, Sean Strickland,” Curtis said. “It’s in Vegas though, he lives in Vegas. He’s not really doing me a huge favour of my shot but he’s also like five minutes from the PI (UFC Performance Institute). Bro, just show up it’s fine.”

Chris Curtis says it’s a risky gamble by the UFC

Talking about the upcoming showdown between Strickland and Pereira, the 34-year-old Ohio native stated that it’s a risky gamble for the UFC. Pereira is the only man to have knocked out Israel Adesanya but that was in another sport. Curtis backed Strickland’s chances of securing a win which would make the potential storyline between Pereira and Adesanya null and void.

“It’s weird. You know what’s happening, the fight they’re trying to make,” he said. “They need Pereira to have a legitimate win, like who has he beaten so far, Bruno Silva, there’s nothing, not Bruno Silva but he’s unranked completely. Then, I don’t know the first guy he fought.

“They’re really trying to get him a meaningful opponent but I think this was probably handled in the weirdest way. I’m guessing they hope that Strickland can’t knock him out because Strickland, you know, not a knockout puncher.

“But people also forget that Strickland’s a jiu-jitsu black belt and ever since the Usman fight, I’m telling you guys this dude has become one of the better wrestlers in the division.

“I think they kinda rolled dice on the wrong stats. We all see what they’re doing I just think it was a bad decision.”

Curtis shared his thoughts on Strickland being the underdog going into the bout.

“He beat Izzy so people are like, ‘oh he beat Izzy’ but once again this isn’t kickboxing. I think people get swept up in the storyline a little bit and it happens, we can see bias or anything else. I think this is a really risky bet on the UFC’s part because if he loses to Sean, what do you do with him?”

Chris Curtis will fight Rodolfo Vieira this June 25 at the UFC Apex, Las Vegas, at UFC on ESPN 38.