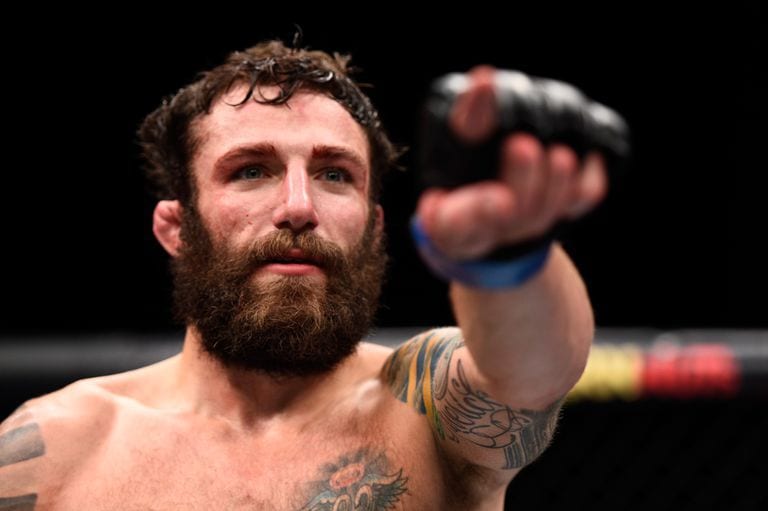 Colby Covington is not a happy man at the moment.

The former interim welterweight champion hasn’t been able to lock down a date to face Tyron Woodley for the 170-pound title. He recently went off on UFC President Dana White over the entire ordeal. Michael Chiesa, the newest addition to the UFC’s welterweight division, recently spoke on the matter in an interview on the “Pull No Punches” podcast.

“Maverick” believes Covington should have tried to hash things out with White privately before blasting the UFC boss publicly (via Bloody Elbow):

“I think Colby should have tried to talk more with Dana and management before he went public,” Chiesa said. “You don’t ever need to back down to your boss… They are not our employers, they’re contracting us.

“We’re in a position where collective bargaining and the Ali Act would be something, but that is out of sight for us. We need to look at the situation as it is.”

Now, Woodley will be facing Kamaru Usman at UFC 235 on pay-per-view (PPV). The Nigerian hasn’t lost a fight in nearly six years and is undefeated in the UFC. After his recent victory over Rafael dos Anjos, “The Nigerian Nightmare” will finally step into the cage against Woodley.

In regards to why the UFC was so comfortable going straight to Usman instead of trying to work a fight between Woodley and Covington, Chiesa doesn’t believe Covington has as strong a following as he thinks he does:

“People don’t really like Colby, he doesn’t have as big of a following as he thinks he does. That’s the problem.”