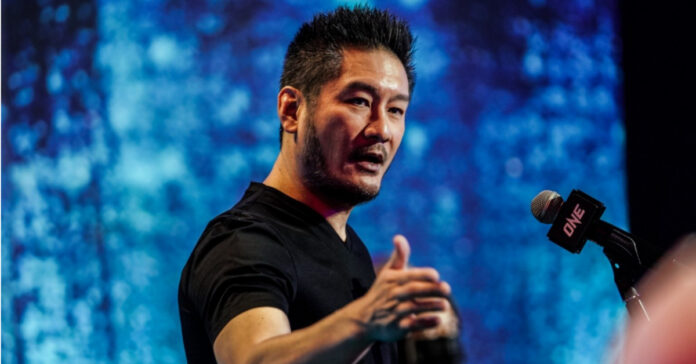 ONE Championship CEO Chatri Sityodtong is calling b*llshit on a recent report that the promotion had lost $110 million in 2010, increasing their total losses to $383 million.

The ONE founder made an appearance on ‘The MMA Hour‘ with Ariel Helwani to discuss the recent report that the promotion itself submitted in their 2021 ACRA (Accounting and Corporate Regulatory Authority) fillings and was quick to dispute the loss when questioned by Helwani.

“I think if you want financial information, go to the most credible sources in the world, like a Bloomberg or Financial Times, which also wrote articles on ONE. Are you gonna go to an MMA website, right?” Sityodtong said when asked about Bloody Elbow’s initial report. “So that just on that level, but on the bigger picture level, okay so it is inaccurate again.”

When asked for specifics about the inaccuracies he is referring to, Chatri Sityodtong danced around the question.

In 2020, the promotion reported an annual loss of more than $47 million. Questioned by Helwani about the report, Chatri Sityodtong once again declined to offer up any explanation and instead insisted was just another situation of a site reporting “inaccuracies and errors.”

“I will say that the internet is a dangerous place and you shouldn’t uh believe everything you read, and there is a lot of factual errors and inaccuracies you know? Uh, but that I mean, um, I’ll just say that we have some big news that I’m announcing and um, that’s, I’ll leave it at that. Some exciting news and yeah, I mean uh I’ll leave it at that. I’ll just say like look, the internet is a dangerous place if you believe everything you read, especially from less than uh… How can I say it politely? I would yeah, I would just leave it at that.”

The “exciting news” Sityodtong was likely referring to in the interview was the promotion’s streaming deal with Amazon Prime Video. ONE partnered with the North American streaming service in early 2022 and held its inaugural event on the platform in August titled ONE on Prime Video 1. Headlining the event was former UFC flyweight champion Demetrious Johnson against the reigning ONE flyweight titleholder Adriano Moraes. ‘Mighty Mouse’ captured the ONE world title with a brutal flying knee knockout in the fourth-round.

ONE will be making its long-awaited return to Malaysia for ONE on Prime Video 3 on October 21st with another main event headlined by a former UFC standout, John Lineker. ‘Hands of Stone’ is the reigning ONE bantamweight champion. He meets No. 2 ranked contender Fabricio Andrade in the main event.