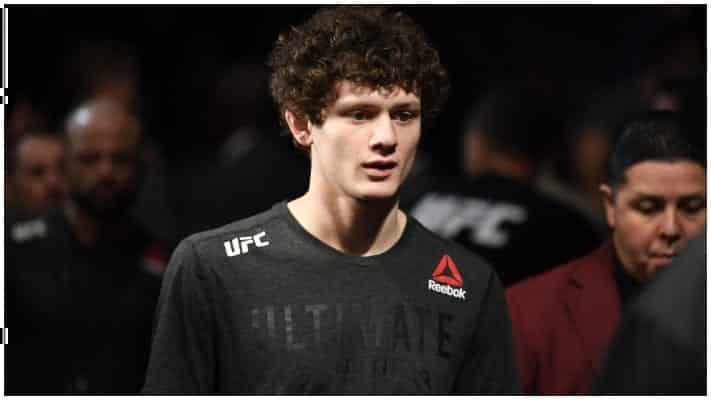 Chase Hooper has spoke out for the first time since losing at UFC 263.

The 21-year-old suffered his second career loss at the hands of Steve Peterson who was able to dictate much of their featherweight fight and ultimately score a unanimous decision victory.

Despite losing, Hooper remains optimistic about his fighting future and he made that much clear in the lengthy statement posted to social media.

“I’ve always compared fighting to jumping off a cliff. You’re slowly walking your way towards the edge not knowing fully what to expect when you make that leap,” Hooper wrote. “It’s one of the scariest and most vulnerable experiences you can be a part of. You and another man are literally showing everything you’re made of in front of your family, friends, and the world in the most primitive and real way possible.

“Say what you will, but I always give it my all and leave everything in the cage. Never will I make any excuses and never will I apologize. I did some things well, but not well enough. I made some improvements, but not enough. Time is on my side, but that’s no excuse. I just need to continue to grind in and out of the gym and make the changes necessary to continue to develop and improve myself as a fighter.

“At the end of the day, I get to go in there and do what so many people can only dream of and I’m able to support myself and have a life that (I) didn’t even know was possible for myself. The split side of that is that the mistakes and missteps I make are broadcast to the world and my worth is analyzed by some based only on 15-minute sections of my life.

“No apologies, no excuses. Thanks to everybody for the support, especially my beautiful fiancee that puts up with this crazy life, and the guys who are with me in the trenches everyday and who are in my corner no matter what.”

How do you think Chase Hooper looked at UFC 263?