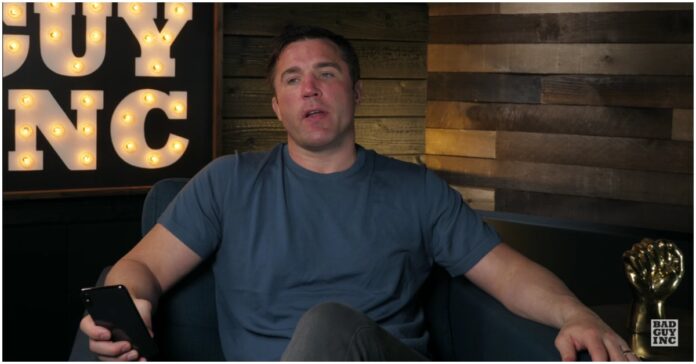 Chael Sonnen has called out fight fans for writing off Juliana Pena who is due to face off against Amanda Nunes for the bantamweight title at UFC 269 on December 11.

In the co-main event of the evening the dual-weight champion will put one of her belts on the line against Pena who is 2-2 in her last four fights. The Ultimate Fighter winner has been a contender at 135lbs for quite some time but has never been able to string together enough wins to earn a title shot, until now.

“Amanda Nunes is getting ready for the most likely upset of her entire career and I feel like you guys are not seeing it,” Sonnen said on his YouTube channel. “I’m not predicting for you that Julianna Peña is going to beat Amanda Nunes, I am submitting for you that Julianna Peña is the most likely opponent of anyone Amanda Nunes has faced to get the jump on her. This is a stylistic disaster for Amanda.”

‘The American Gangster’ says Pena doesn’t necessarily have to dethrone Nunes in order to pick up a big win at UFC 269.

“To get a win over Amanda, if you make it five rounds, you have won. A moral victory, but you have done something that no one else could and nobody thought you were going to do. If you lose this thing [fight] 4-1, they will put you on SportsCenter. If it goes 3-2, they are going to talk about rematching you. So, there’s a lot of victories aside from taking the belt off her waist. That’s how well respected Amanda is and I’m telling you right now that Julianna Pena is the biggest threat that Amanda has ever had.” (Transcribed by Sportskeeda)

Do you agree with Chael Sonnen? Could Julianna Pena spring the upset at UFC 269?