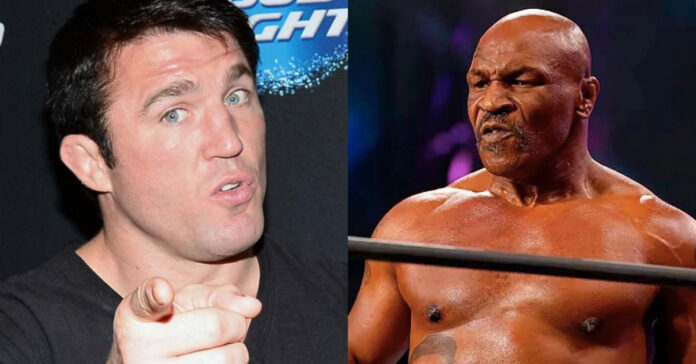 Chael Sonnen believes Mike Tyson is in the wrong for his complaints regarding the Hulu documentary based on his life.

Former boxing champion Tyson is widely regarded as one of the best athletes of all time. During his prime, Tyson had an intimidating aura about him and went on a dominant run, finishing numerous of his opponents within the first two rounds.

The Hall of Famer recently took issue with the release of Mike, a Hulu documentary on Tyson, for not giving him his piece. While support for Tyson poured in from the MMA community, “The Bad Guy” had a different take on the matter.

In a Sep. 2 video uploaded to his YouTube channel, Chael Sonnen argued against Tyson’s claims that he should be receiving money from the earnings of the documentary.

“‘Iron’ Mike is very upset that it’s his life’s story and that he was not paid for that,” Sonnen said (ht Middle Easy). He’s very upset. He went on Greta Van Susteran yesterday. I’m a fan of Greta. I’ve been watching her for years. But Greta has Mike on and Mike tells this story and Greta says ‘What are you going to do?’ And Mike says, ‘There’s nothing that I can do.’

“And Greta says, ‘Well, I have a real problem with that Mike.’ I can see it would be frustrating that someone would use your likeness and tell your story and not pay you. She agreed with him and then they went off air.

“Now, if somebody feels that they were slighted or shafted, I think we should include the part of the story that Mike has left out. He sold his rights years ago. I would not have an opportunity to go and negotiate this with Mike because he doesn’t own them. I would be in legal breach. I would have to deal with the person who owns it, just so you understand. These aren’t Chael’s rules. That’s the law.”