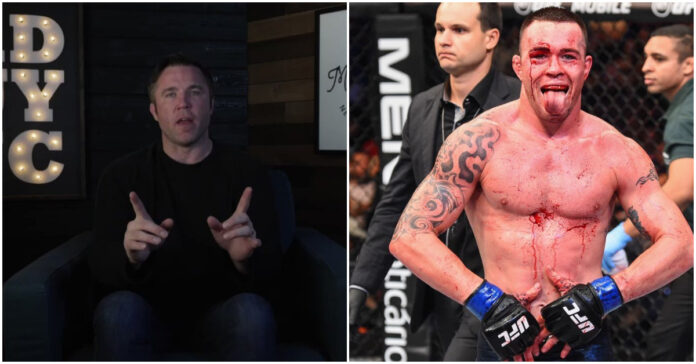 Chael Sonnen revealed that Colby Covington is not doing good after the alleged attack by Jorge Masvidal outside a restaurant in Miami earlier this week.

Former UFC fighter and MMA analyst Sonnen shares a good bond with Covington; both coming from Oregon with a similar wrestling pedigree. Without going too much into the details, ‘The Bad Guy’ uploaded a video update on Twitter:

In a brief response, Chael Sonnen said, “Not good. Guys keep asking me how is Colby (Covington) doing. I’m gonna be very light on details; this is not my story to tell. You want an answer? There’s your answer – Not good.” (h/t MMA Mania)

Masvidal and Covington recently got into an altercation when Masvidal jumped on Covington wearing a surgical mask and a hoodie with four to five men. ‘Gamebred’ proceeded to sucker punch the top-ranked welterweight with reports suggesting Covington broke a tooth as well as got hit in the eye. His $90,000 Rolex was also damaged in the affair.

This incident led Covington to press charges against Masvidal who was then promptly arrested and charged with aggravated battery with bodily harm and criminal mischief. Masvidal now faces both felony charges in the state of Florida.

Chael Sonnen and his lasting support for Colby Covington

Chael Sonnen, or ‘Uncle Chael’ as Colby Covington likes to call him, has shown his support for the controversial fighter on numerous occasions. Both trash-talking wrestlers have developed their personas inspired by the WWE style of trashing.

Covington was scheduled to appear on the DC & RC Show on ESPN but chose to cancel his appearance following the events. He has not yet publicly spoken about the incident that has the MMA community divided. ‘Chaos’ has received backlash from members and fighters alike and so has Masvidal.

While the loudmouth All-American has found himself stirring the pot many times before, his mentor Chael Sonnen also finds himself with a litany of charges against him. The former Bellator fighter was suspended by ESPN after being hit with 11 charges including accusations of unprovoked attacks against a woman.

What do you think Chael Sonnen is hinting at in regards to Colby Covington?