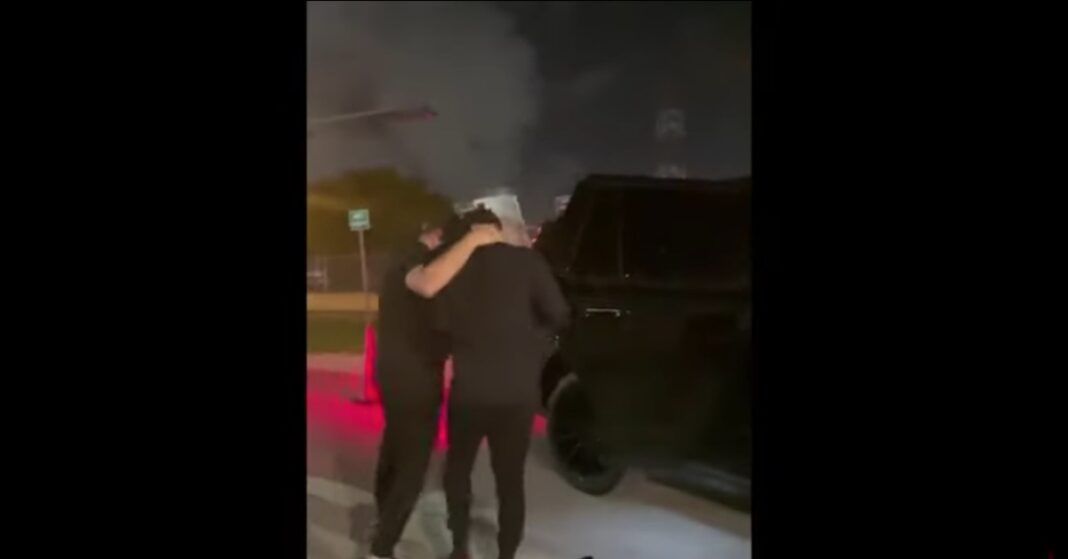 Video footage has emerged appearing to show former UFC welterweight title challenger, Jorge Masvidal being escorted from police courtesy in Miami Beach, Florida – after he was charged with felony aggravated battery and criminal mischief in relation to an alleged attack on former interim titleholder, Colby Covington outside a restaurant on Monday night.

Masvidal, 33, was formally arrested on Wednesday night, and booked into the Miami Beach Police Department.

CSI photographed injuries to the right hand of Masvidal, which had also been medically stitched prior to contact with police at the department.

The Miami native is alleged to have been involved in a physical altercation with the #1 ranked welterweight contender, Covington at Papi Steak in Miami Beach, Florida on Monday night, with Covington suffering a fractured tooth and abrasion to his wrist, after Masvidal was alleged to have punched him twice in the first with a closed fist.

Charged with aggravated battery, considered a second-degree felony, as well as criminal mischief, if convicted, Masvidal faces a potential 15 year period in prison, and/or a fine in the region of $10,000.

An arrest affidavit was released by Miami Beach Police Department on Wednesday, where the victim of the alleged attack reported damages estimated in the region of $15,000 to his Rolex watch, which was estimated to be worth $90,000 – including scratches to the watch as well as a broken/bent wristband.

Footage has since been released of Jorge Masvidal appearing to leave the Miami Beach Police Department after he was released on bond.

In the footage, Jorge Masvidal is surrounded during his exit, before a male walks toward the former title challenger and covers Masvidal’s face, obscuring him from the public before both enter an SUV and leave the premises swiftly.

Jorge Masvidal and Colby Covington competed just less than three weeks ago in the main event of UFC 272 where Covington handed the former a unanimous decision loss over the course of five rounds.