LowKickMMA.com
Home UFC News Carlos Condit Thinks He Has Title Shot, But It’s Not Official Yet 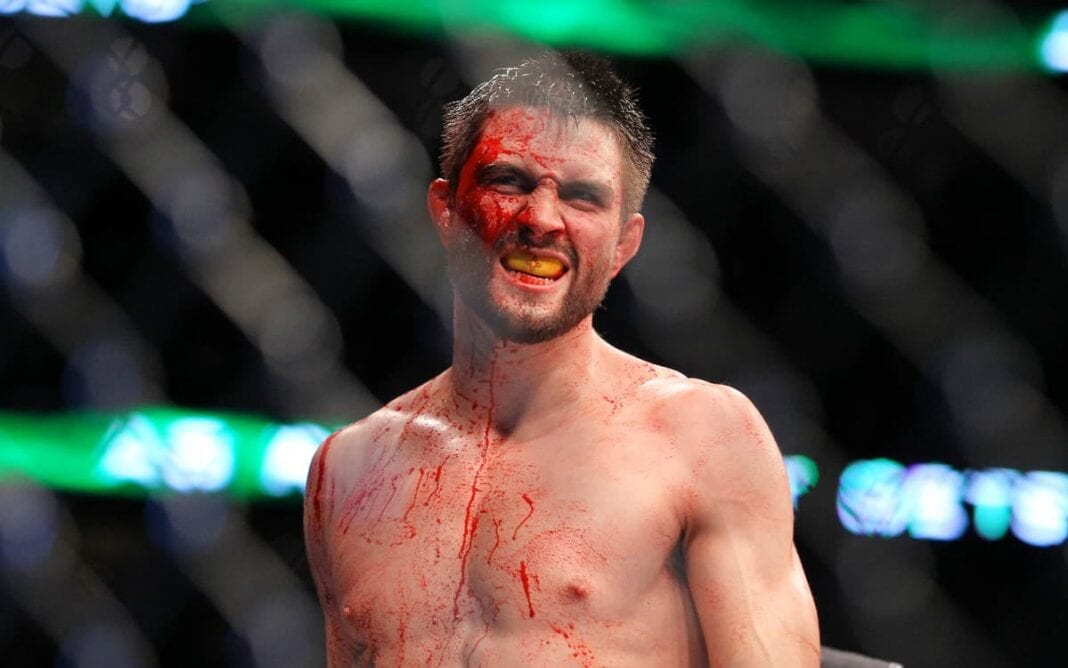 UFC welterweight contender and former interim champion Carlos Condit has exploded back on to the MMA scene, after sitting dormant for more than a year with a knee injury. ‘The Natural Born Killer’ returned with a vintage TKO win over Thiago Alves earlier this year, and is already being linked to a UFC 194 title fight with Robbie Lawler. Fellow top contender Tyron Woodley has protested vigorously against the booking, but there seems to be something amiss in this whole situation.

Condit spoke with Chael Sonnen, as transcribed by FOX Sports, and says he is hopeful of the fight with ‘Ruthless’, but nothing is set in stone:

“I sure hope so,  think I deserve to be. The fight between Robbie Lawler and myself is the fight that people want to see, regardless of ranking, so yeah. It’s not a done deal but I think that’s the fight that’s going to happen.”

“I’ve personally requested the fight [and] made my case for it. But, it’s not a done deal. UFC needs fights that fans want to see, they need to have a lot of excitement around these fights and this fight fits the bill.”

The stylistic element is obviously a big selling point, but the fact remains that there are two guys ahead of Condit in the rankings. It’s not the worst title shot we’ve ever seen handed out in terms of the division’s standings, as ‘The Natural Born Killer’ still resides in a respectable number four spot.

Would a rematch with former opponent Tyron Woodley, or perhaps an equally satisfying fight with Matt Brown have made more sense at this stage? Maybe, and nothing is official yet, so there is always the possibility the promotion does book Woodley or Johny Hendricks in for the next shot.

We’ll keep you updated as this story evolves…