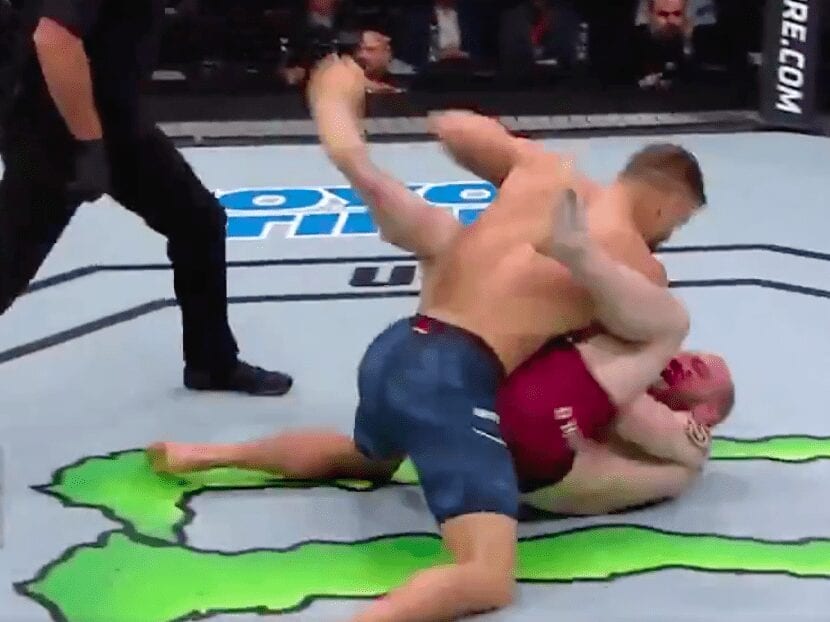 Fishgold vacated the Cage Warriors 155-pound strap to make his way to the UFC. He faced Calvin Kattar at UFC Moncton earlier tonight (Sat., October 27, 2018) in his first fight under the promotion’s banner. Unfortunately for Fishgold, Kattar was simply the better man on the night.

After connecting with a big right hand, Fishgold toppled over to the canvas. Kattar then pounced on top of the Englishman and picked up the TKO win via ground-and-pound. Check out the finish here:

HUGE right hand over the top drops Fishgold!@CalvinKattar gets the TKO win in round 1! #UFCMoncton pic.twitter.com/q5vA0c0kFK

The loss ended a seven-fight win streak for Fishgold. He’ll have to regroup and seek his first UFC win his next time out. As for Kattar, this is a huge motivator for him after having a 10-fight win streak broken by Renato Moicano in April. Perhaps this could be the beginning of another lengthy undefeated streak for the American.