LowKickMMA.com
Home UFC News Gina Carano: Calls For Actress To Be Fired From The Mandalorian 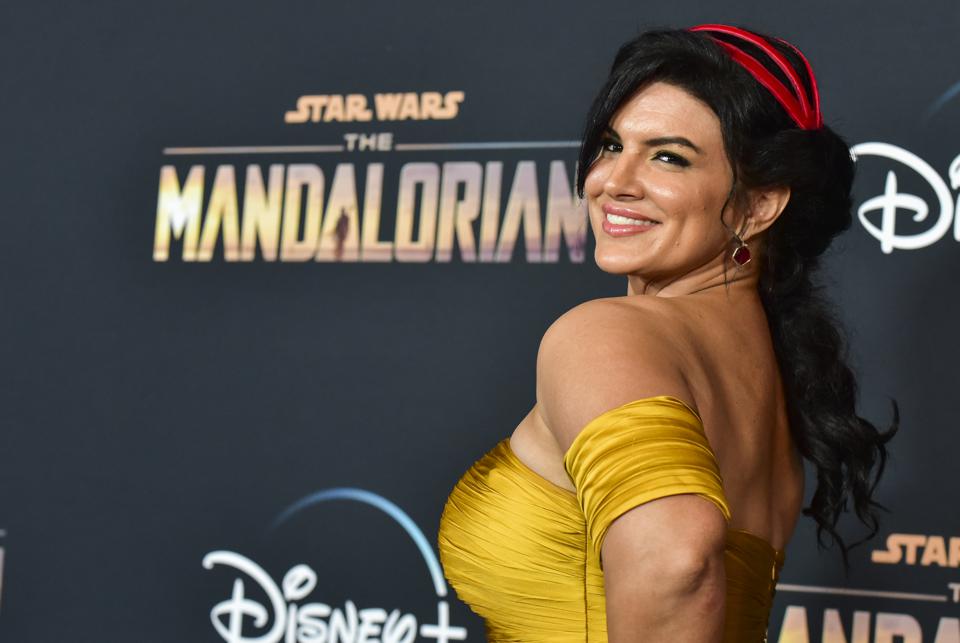 There have been calls for Gina Carano, The Mandalorian star, to be axed from the show after she angered fans in a series of tweets in which she backed Donald Trump’s election fraud conspiracy. (H/T MMA Junkie)

Gina, The former MMA fighter had questioned the results of the presidential election, which took place on the 4th of November, backing up claims from President Trump which argue the election was rigged.

It is worth noting there is no evidence of any voter fraud taking place across the US election.

Writing to her 450,000+ followers on Twitter, Gina claimed that there was no sufficient laws in place to protect America from voter fraud, calling for fake votes to be ‘flushed out.’

Gina was amongst a group of MMA figures who had also backed up President Trump’s claims of voter fraud.

Joe Biden has been announced as the winner of the election and the next President-elect. Donald Trump has refused to conceded defeat, however he has since admitted that Biden won the election in a tweet.

Gina has also come under fire for her views on Covid-19. She uploaded an image on Twitter which claimed Democratic leaders were asking the public to wear blindfolds as well as masks so the public couldn’t see what was really going on.

The coronavirus has so far claimed over 245,000 deaths in the US, a number which is continuing to rise.

Do you think Gina Carano should be fired from The Mandalorian for her tweets?