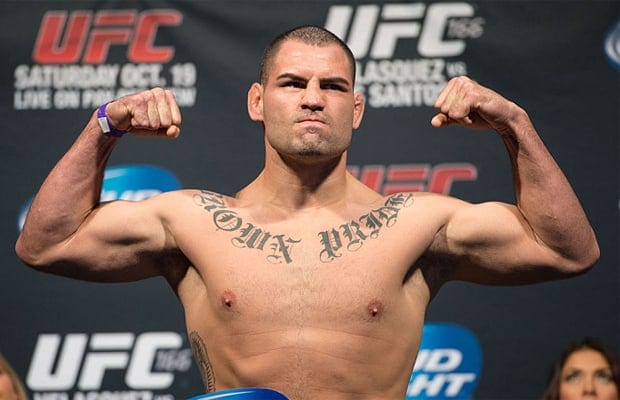 In a recent interview, former UFC heavyweight champion Cain Velasquez appeared confident that he would be cleared by a doctor to fight at next week’s (Dec. 30, 2016) UFC 207 from Las Vegas despite the fact that he’s been dealing with a back injury throughout training camp.

However, a rumor surfaced earlier today (Dec. 24, 2016) indicating that the Nevada State Athletic Commission (NSAC) has ruled him out of his scheduled rematch with ex-champion Fabricio Werdum.

Velasquez, however, hasn’t been made aware of this news and he even said that he was cleared by the doctor the UFC sent him to:

Haven’t heard I’m out of #ufc207, as far as I know it’s still on… @FabricioWerdum

Was just cleared by Dr 30 mins ago and then he conferenced the Nevada Athletic Commision and spoke to them and recleared me with them.

The American Kickboxing Academy product is coming off of an impressive victory over Travis Browne last July and was likely going to be fighting for another title shot against Werdum next week.