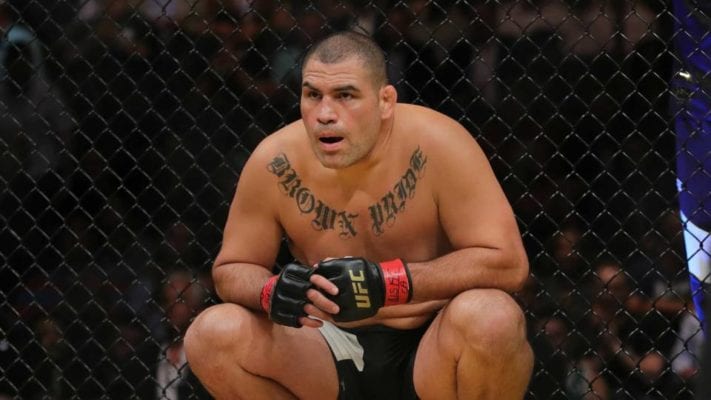 Cain Velasquez may have had his last fight inside the Octagon.

The former UFC heavyweight champion recently made an appearance in the WWE and took on Brock Lesnar. The two were longtime rivals in the UFC and the wrestling promotion now has a major storyline to build off of.

Yet, he is still under contract by the UFC so his future is up in the air.

Following his WWE debut, he caught up with ESPN’s Marc Raimondi to discuss his UFC future and possibly signing with the WWE. For now, Velasquez says he has not signed with WWE yet.

“Yeah, we’re just working out a few things here and there. But I think it’s a great story, it’s a great rivalry between me and Brock,” Velasquez said (h/t MMA News). There’s a strong UFC tie to WWE, wrestling now. We’re both competing so it’s the same type of feeling when I fought him in Anaheim. He was talking about how the fans played a huge role in that fight because I was definitely favored there in Anaheim and people were yelling at him just Mexican chants.”

What this means for his future in the UFC is up in the air. Yet, Velasquez says fighting will always be there but WWE is fun for him right now.

“The UFC, I feel like fighting will always be there. I feel like I have those skills. This at the time was just really fun for me and who knows where I’ll go from here. But I’m enjoying what I’m doing and that’s it for me.”

Do you think we will see Cain Velasquez fight in the UFC again?