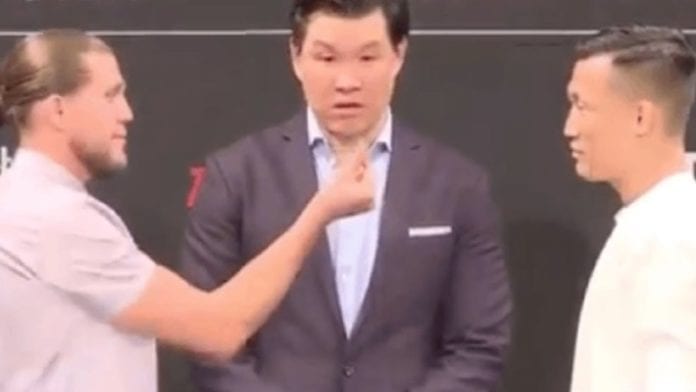 Brian Ortega was not pleased with recent comments from the Korean Zombie.

Zombie and Ortega were initially scheduled to fight each other at UFC Busan back in December. However, the latter had to pull out due to a partial ACL tear.

Frankie Edgar stepped up but was easily dealt with by Zombie who knocked him out in the first round. The South Korean has since been campaigning for a title shot.

In a recent appearance on Ariel Helwani‘s MMA Show, Zombie also showed little interest in running things back with Ortega. He, instead, believes Ortega was ducking him despite “T-City” being injured.

That didn’t go down well with Ortega who also had some words for rapper Jay Park who was translating for Zombie:

“When I saw him in Korea he apologized and said sorry for the trash talk and I said all good because at least you came at me like a man,” Ortega wrote in an Instagram comment. “Now you just a b*tch dawg. Jay Park welcome to the fight game don’t be surprised if I slap the sh*t out of you when I see you. Having an injury and ducking are 2 different things.”

It will be interesting to see how Zombie responds to Ortega.

What do you think of the beef?