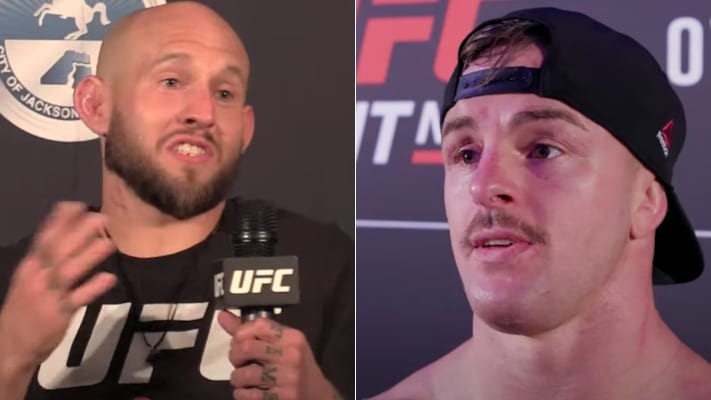 Kelleher Looking To Climb Ranks With Win Over Stamann

A bantamweight bout between Brian Kelleher and Cody Stamann is the latest addition to the upcoming UFC 250 pay-per-view event on June 6.

The matchup was confirmed to MMA Junkie following an initial report from BJPenn.com. An official announcement should be expected soon.

Kelleher is coming off an impressive knockout win over Hunter Azure at UFC Jacksonville earlier this month and will have a short layoff as he looks to build further momentum. He is currently on a two-fight winning streak and has also won four of his last six outings overall with the UFC.

Stamann, meanwhile, is coming off a controversial majority decision draw with Song Yadong which some observers felt he should have won. In total, the No. 12-ranked bantamweight contender is 4-1-1 with the UFC since signing with them in 2017.

UFC 250 takes place June 6 and is expected to be held at the UFC Apex facility in Las Vegas pending the Nevada State Athletic Commission’s meeting tomorrow discussing the return of professional sports. The event will be headlined by a women’s featherweight title fight between Amanda Nunes and Felicia Spencer.

Here is how the card looks at the time of writing:

What do you make of the UFC 250 card with just under two weeks to go?