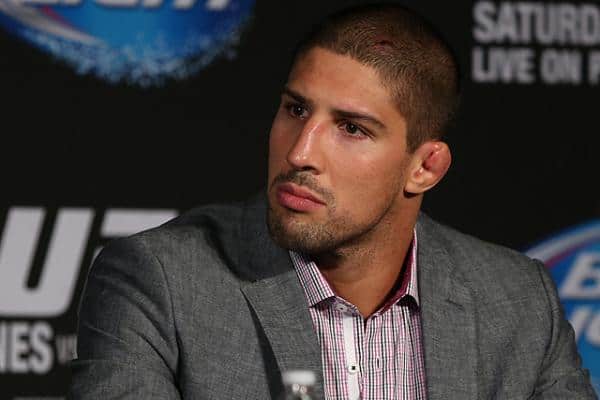 UFC heavyweight and future light heavyweight Brendan Schaub recently made headlines after some interesting comments he made on an edition of Joe Rogan’s podcast.

Apparently the topic of a romance between Schaub and dominant women’s bantamweight champion “Rowdy” Ronda Rousey came up, a romance that obviously didn’t last, and Schaub subsequently stated that he was too much of a man for Rousey. Check out those comments here (via Bloody Elbow):

“Believe me, I did her a favor man. I’m not the guy for the job. I’m just not. I’m too much (of a man). She needs a guy who’s gonna take a backseat. That’s not me. She also needs a guy that’s gonna say ‘yes ma’am, yes ma’am’. She’s so successful, she’s surrounded by people that worship her and go ‘yes, yes, that’s a great idea’. But when I said ‘I don’t think that’s a good idea,’ now I’m a hater. I have no financial gain from you. I don’t need anything from you, I’ve earned everything myself.”

However, the heavyweight is now going back on his words, and claiming that that’s not actually what he said. Speaking on a recent edition of his own podcast (Via MMAMania), Schaub claimed that he’s a huge Rousey supporter, and that he’s not too-manly:

“I’m a huge Ronda Rousey supporter. I love that girl. I’ll defend her to the death. I always do. Too much man? I would never say that. I’m a guy who watches romantic comedies, I like pop culture. I read some books, I drink coffee. I’m not that manly.”

It seems as if Schaub is not too happy with the MMA media either, who he claims mixed up his words. Continuing on, the heavyweight stated that he knew the media members were just waiting for something to turn into a story, and by mixing up words, MMA journalists are ruining the sport:

“Right before we went on the air, I said every MMA journalist is watching the Fight Companion with their pen and pad out going, ‘Please say something. Dear God, please something about Ronda. She’s so hot right now, please say something about Ronda.’ Hey TMZ, relax. This is what’s wrong with mixed martial arts. Journalists, you need to listen: when you post this stuff, when you credit TMZ as a reliable source, man, that sets our sport back. Do you see NFL breaking news on TMZ? When you do this stuff and you twist people’s words, it’s not good man. You’re setting the sport back.”

Is Schaub right about the media, or did he say the wrong thing this time?