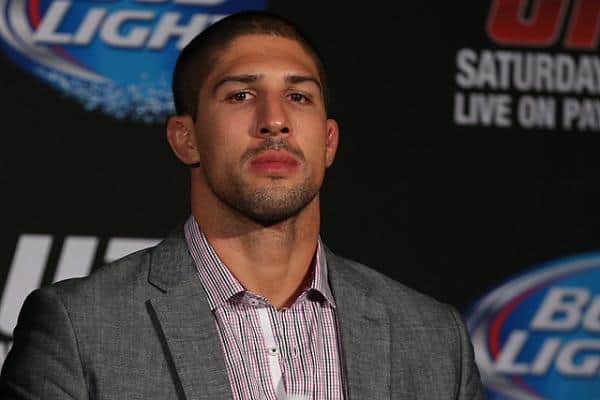 Recently announcing that he’d be taking a break from MMA competition, UFC heavyweight Brendan Schaub’s new focus will be as a podcast personality alongside Joe Rogan and Bryan Callen. ‘Big Brown’ semi-retired this week after claiming he couldn’t see himself wearing a UFC Reebok kit. Schaub was yet another name scratched off the UFC roster in favor of pastures greener over this past year.

Now selling t-shirts and other merchandise of his own, the 32-year old former AFL player tells MMAJunkie Radio that business is good. Schaub also says that his t-shirts will have far outsold the UFC’s newest venture in to the sports apparel world with Reebok. The landmark deal has taken heavy criticism since it’s implementation earlier this year, and ‘Big Brown’ says the fan base is not interested in paying $100. Check out the interview:

“100 percent, as far as UFC fight kits sold, I’m willing to bet we sold more t-shirts this year than the UFC has sold ‘fight kits.’ I’m not going to give the number out, but we’re doing well. You don’t want to brag about that kind of stuff. Is that really a compliment? Saying that we outsold UFC fight kits? Those things are terrible.”

“I think A) it’s $100 and B) fans smell bullsh-t, man,” Schaub said. “Fans know bullsh-t. You can’t bullsh-t the public anymore and get away with it. Reebok, first of all, no one really rocks Reebok. But we’ll support Reebok because they support the fighters. But, then you find out how much the fighters are making and fans do not support that. They smell bullsh-t. You think you’re going to honey d-ck an educated UFC fan and you’ve got another thing coming.”

Wow, just like his friend and podcast partner Rogan, Schaub is not afraid to speak his mind about the UFC. Stitch Duran was canned for far less than what even Rogan has gone in to on the record, so it’s refreshing to see more people willing to talk openly about this situation. He continued:

“You go on Reebok’s Facebook page and read the comments when they post something UFC and it’s tough. They’re going through a transitional period. I think everyone expected this and they can get their footing and make some changes to realize this wasn’t the way to go. I’m sure the UFC expected this.”

Schaub raises some interesting points, and further explains his reasons behind calling it quits on his current fighting status. Money really is the main motivator here, as ‘Big Brown’ explains:

“Yeah (I make more podcasting), not even close,” Schaub said. “It’s tough, man. I’ve been in some big fights. I was on an ‘Ultimate Fighter’ contract for a lot of fights. That’s the nature of the business. That’s no one’s fault. I’m not blaming (UFC President) Dana White or the UFC. That’s the status of where the UFC’s at right now. It just so happens that I fought in this time period and they’re going through a transitional period.”

No more fighting for Brendan Schaub, but perhaps it’s not a bad thing after all. 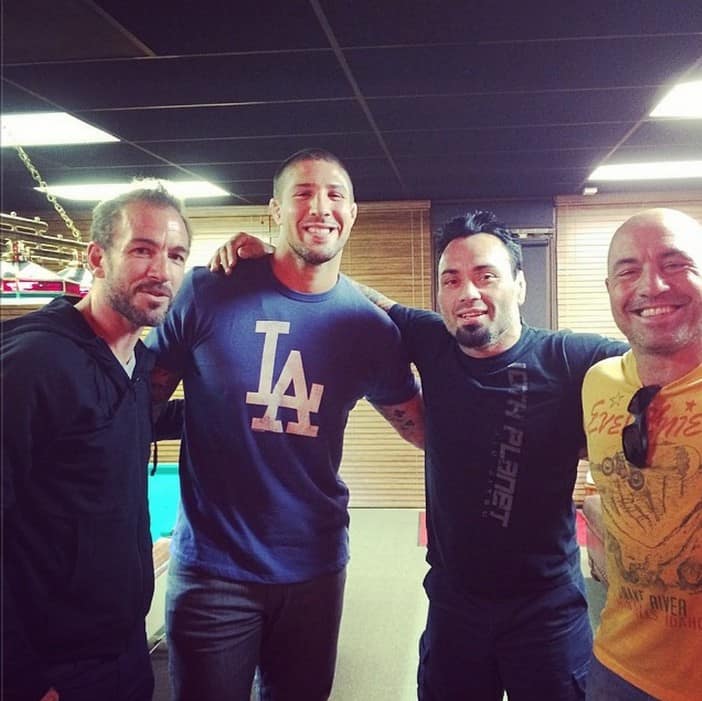