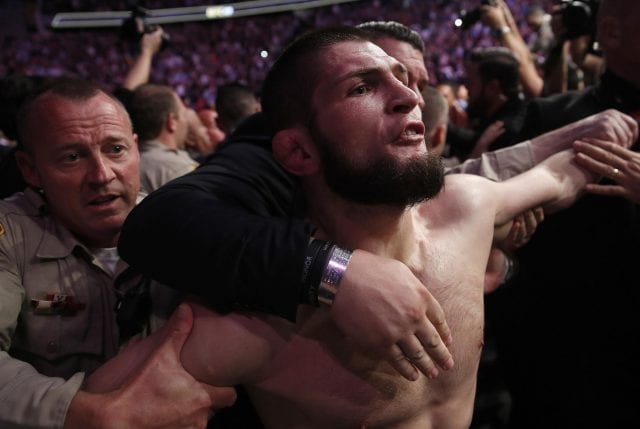 Khabib Nurmagomedov finally has his NSAC punishment for the UFC 229 post-fight brawl. Khabib’s legal team presented a settlement to the commission that was heard at today’s awaited hearing.

The NSAC gave Khabib a nine-month suspension for his involvement in the infamous brawl. The suspension can be reduced to six months if he partakes in an anti-bullying public service announcement in conjunction with Las Vegas Metro Police Department and the UFC. The NSAC is required to approve any such program in order to reduce his suspension.

Khabib was also given a $500,000 fine. The punishments were voted on unanimously after being raised by the Nevada Attorney General and Nurmagomedov’s team. Khabib’s suspension will be retroactive to UFC 229. He’s eligible to return to the Octagon on July 6. He could return as soon as April’s UFC 236 if he completes the anti-bullying campaign.

If his suspension is not reduced, however, his return gets a little more complicated. The devout Muslim was take his traditional hiatus from May to June, which could push his UFC return back to fall at the earliest.

Nurmagomedov infamously incited the chaotic brawl by jumping into the crowd after submitting McGregor to attack the Irishman’s teammate Dillon Danis.