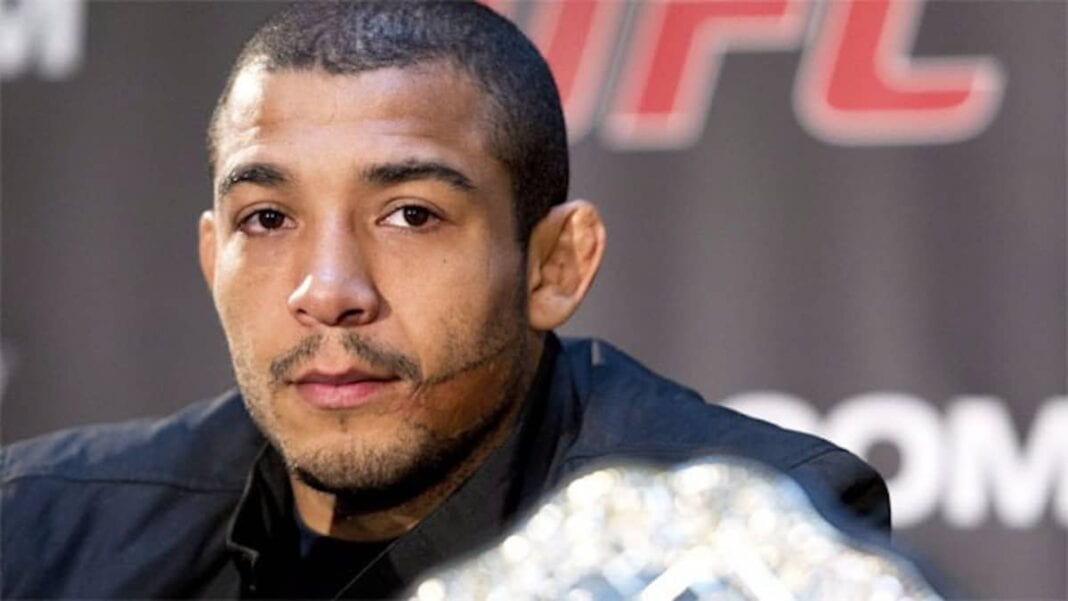 Current Ultimate Fighting Championship (UFC) featherweight title holder Jose Aldo seems to always find himself in the news. There was that heated UFC 189 tour with Conor McGregor, which only hyped up their showdown originally set for July even more. Then, “Scarface” was injured and pulled out of the event with a rib injury.

Of course there’s also the controversy surrounding his random drug test in Brazil. When his title bout with McGregor was still on track, Aldo was randomly drug tested at his gym. Unfortunately for the urine collector Ben Mosier, he was greeted by Brazilian federal police and was given eight days to leave the country on top of a $130 fine.

The reason given for the treatment was that Mosier was accused of not having a valid work visa. That turned out to be false as he was indeed allowed to work in Brazil. It’s even more shady when you consider the fact that an off-duty cop training at Nova Uniao, Aldo’s camp, was the one who detained Mosier.

In response to the fracas, the Brazilian MMA Athletic Commission (CABMMA) released a statement (via MMAFighting.com):

“CABMMA has no intention on detailing the whole incident as Drug Free Sport try to do so in its statement, as we feel that their image and credibility can be severely compromised if all facts were exposed. Our entity does not agree with such unprofessionalism and the sport will not benefit from these comments.

Regarding the visa and immigration problem Mr. Ben Mosier had, we suggest that Drug Free Sport should immediately contact the Federal Police in Brazil to discuss this issue since CABMMA had no jurisdiction and competence to interfere in such matter.

As to the process itself, we were contacted by Mr. Chris Guinty (Drug Free Sport) and Executive Director Mr. Bob Bennett (NAC) on Thursday morning which both asked me personally by phone for CABMMA to promptly collect the athlete’s anti-doping test.

CABMMA understands, that based on the circumstances, the process was done in the best and most appropriate way possible and believes that its conduct was ethical, safe and respectful to all parties involved.

Finally, it is important to state that CABMMA is working along and committed to USADA and ABCD , WADA-accredited agencies, to avoid incidents as these and guarantee golden standards for in- and out-of-competition collection processes, implementing in Brazil a structured and secure anti-doping policy for the sport of MMA.”

Aldo and McGregor are now set to clash at the MGM Grand Garden Arena in Las Vegas on Dec. 12, 2015 to determine who is the undisputed 145-pound king.