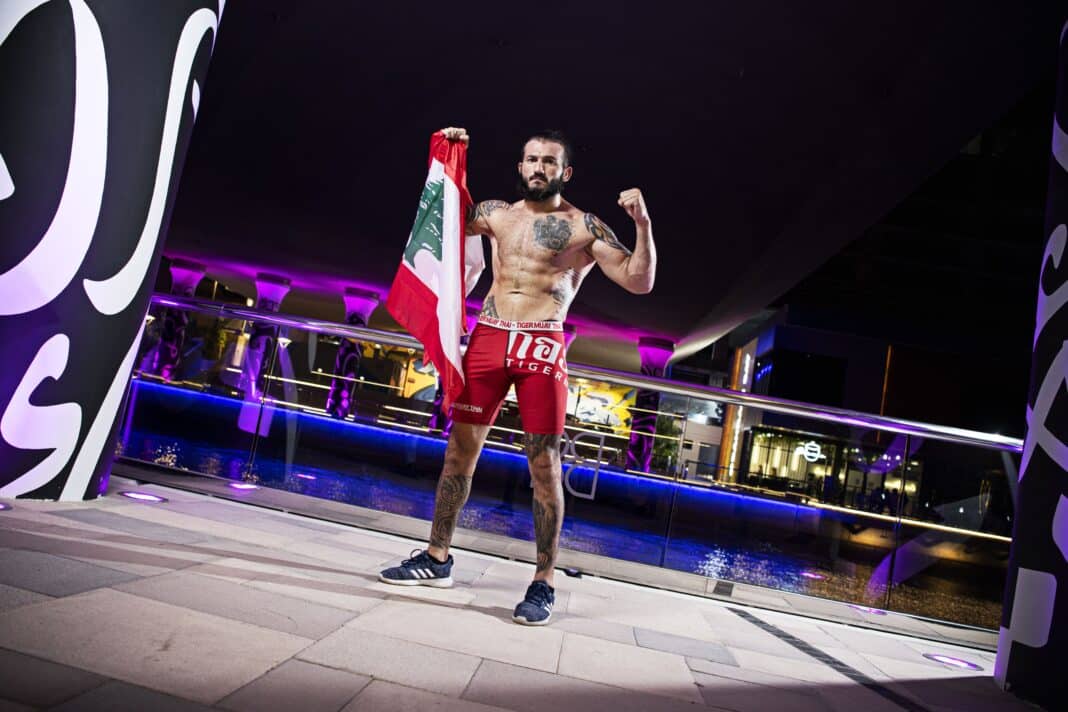 BRAVE CF’s Mohammad Fakhreddine may have lost the battle on the weekend, but for the 36-year-old, his war with rival Mohamed Said Maalem is far from over. The Lebanese fighter is calling for a rematch after taking to social media stating he was struck with a series of illegal shots to the back of the head.

The pair clashed for the vacant light heavyweight title last Sunday at BRAVE CF 53, with Said Maalem taking home the strap with a first-round TKO win. At the closing stage of the round, Said Maalem landed a soild left hook that dropped Fakhreddine before following up with some heavy ground and pound shots, forcing the referee to step in and wave the contest off.

In the post-fight interview Fakhreddine congratulated his Algerian opponent but raised the issue of what he felt were illegal strikes. In a recent interview with Break Your Face, he called for the result to be overturned.

” I’m going to appeal the fight result, and I believe it will be ruled as a no contest. There were a couple of big shots to the back of the head. We’ll definitely run it back. That belt will be mine.”

The buildup to last weekend’s clash was a tense affair. The rivalry between the two began earlier this year when they were set to clash at BRAVE CF 50, how Fakhreddine was forced to withdraw from the clash after suffering a last-minute illness.

A frustrated Said Maalem then called for the title to be given to him, which saw the two engage in a heated online war of words. Sunday’s clash was meant to see the rivalry came to a close, but it looks like there may be a few twists and turns in it still to come.

Would you be keen to see these two square off in the cage again?