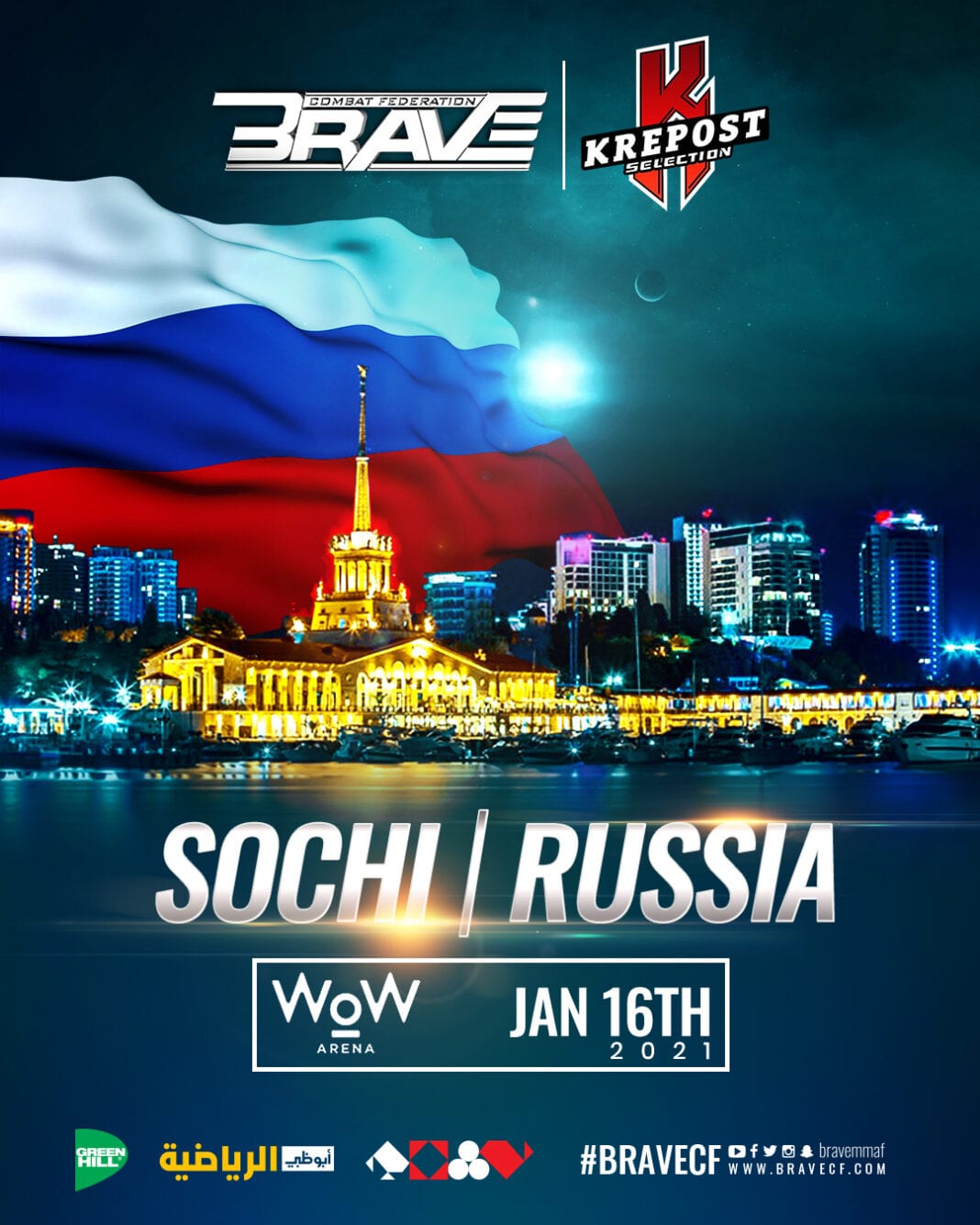 BRAVE CF announced today that Russia would become the 21st country to host a BRAVE CF event. The Bahrain-based promotion will hold its first show in Russia on January 16 in the city of Sochi.

The company has yet to confirm which fighters will be competing for on the card, but names will be forthcoming shortly. The promotion boots a deep pool of talent from Russia, including Ikram Aliskerov, Velimurad Alkhasov, and rising star Kasum Kasumov.

The event will be held in collaboration with Krepost Selection. This continues the tradition that BRAVE CF has created of working with local partners.

BRAVE CF is not yet as well known as some of its peers in the MMA landscape. However the promotion has developed an exciting roster of fighters. Founded in 2016, the company has staged events in South America, North America, the Indian Subcontinent, Central Asia, Europe, South-East Asia, and Africa. The move into Russia is the logical next step for one of the sports fastest-growing promotions.

The promotion is back in action this week with BRAVE CF 45 is due to take place on Nov 12 in the Gulf State of Bahrain.

What are your thoughts on BRAVE CF’s latest move?