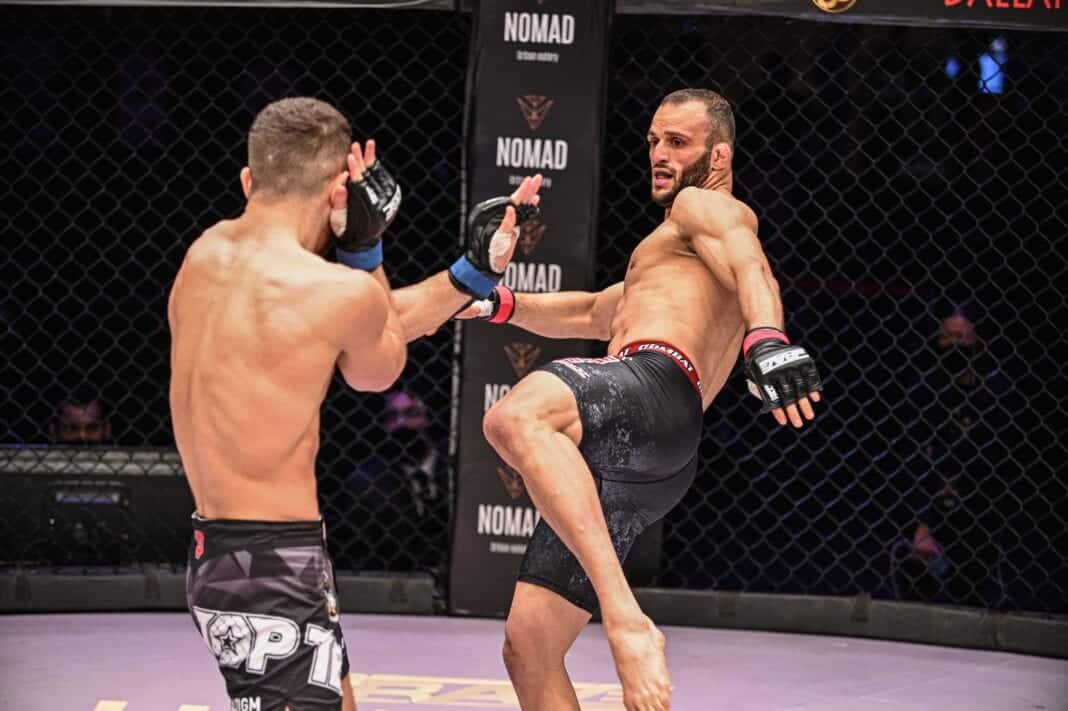 BRAVE CF brought up its fifty in style this week, with BRAVE CF 50 taking place outside the Arad Fort, Arad, Bahrain. The 16-fight card was headlined by a super welterweight clash between Jordan’s Jarrah Al-Silawi and Russian-Austrian Ismail Naurdiev.

Naurdiev, a four-fight UFC veteran, was making his promotional debut, and there was a lot of interest regarding how Al-Silawi would fare against the newcomer. Naurdiev, started fast but it did not take too long before Al-Silawi found his groove and began unleashing a barrage of punishing leg kicks. The damage that Naurdiev was taking began to add up, and despite making it out of the opening round, he soon found himself getting pieced apart by Al-Silawi in the second, and after sustaining heavy damage to his left leg, the fight was waved off.

“I don’t think it was an easy fight at all. Ismail is a tough guy, he fought really well but I just managed to exhibit everything I trained so hard for”, Al-Silawi said during his post-fight interview.

“BRAVE CF is my home, and I had to defend my home against a fighter that was coming off fresh and surrounded by hype.”

Flyweights Ali Bagautinov and Velimurad Alkhasov both respectively booked tickets to the BRAVE CF Flyweight Grand Prix second semi-final and Grand Final, with victories over Dustin Ortiz and Zach Makovsky. Bagautinov had his hand raised after his unanimous decision win and will now face Jose Torries in a semi-final clash.Meanwhile, Alkhasov was made to sweat a little when the results were read out following his bout with Makovsky, with the Russian winning via split decision, to advance to the final.

Earlier in the night, Sweden’s Anton Turkalj scored his third straight BRAVE CF victory with a jaw-dropping 13 second KO of Kazakhstan’s Konstantin Soldatov. The Swede blasted Soldatov out of the water with a vicious spinning-back fist that immediately brought the contest to a close. The win sets a new record for the fastest KO scored under the BRAVE CF banner and takes Turkalj ‘s record to 7-0.

BRAVE CF 50 was the last of four events that the promotion had scheduled for its Kombat Kingdom series and brought to a close 21 exciting days of MMA action from the Middle East.