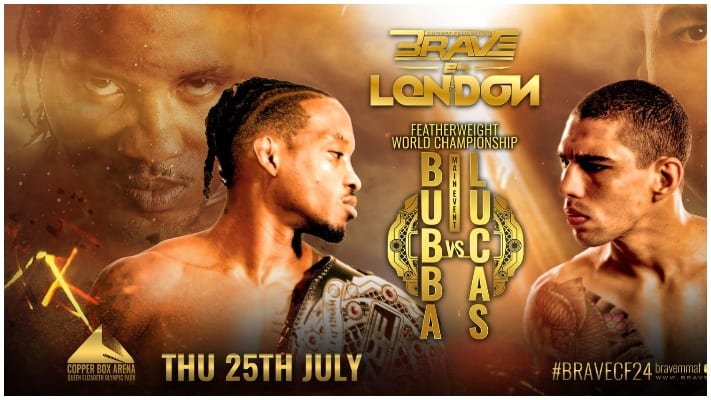 BRAVE 24 went down today (Thursday, 25 July 2019) in London, England in front of an exclusive invite only crowd inside the Copper Box Arena.

The main event was a short lived affair with BRAVE featherweight champion Bubba Jenkins demolishing Brazil’s Lucas Martins with less than three minutes gone on the clock. Jenkins started the fight with a flying knee before locking in the take-down. Once the fight hit the ground, Jenkins quickly wore Martins down before unleashing several heavy shots which caused the contest to be brought to a halt.

In the co-main event Ireland’s Cian Cowley, found himself on the receiving end of a KO loss to Poland’s Maciej Gierszewski. The Pole caught Cowley with a huge right hand which dropped the Irishman and ended the bout.

Here are the complete results from the 7-bout card.