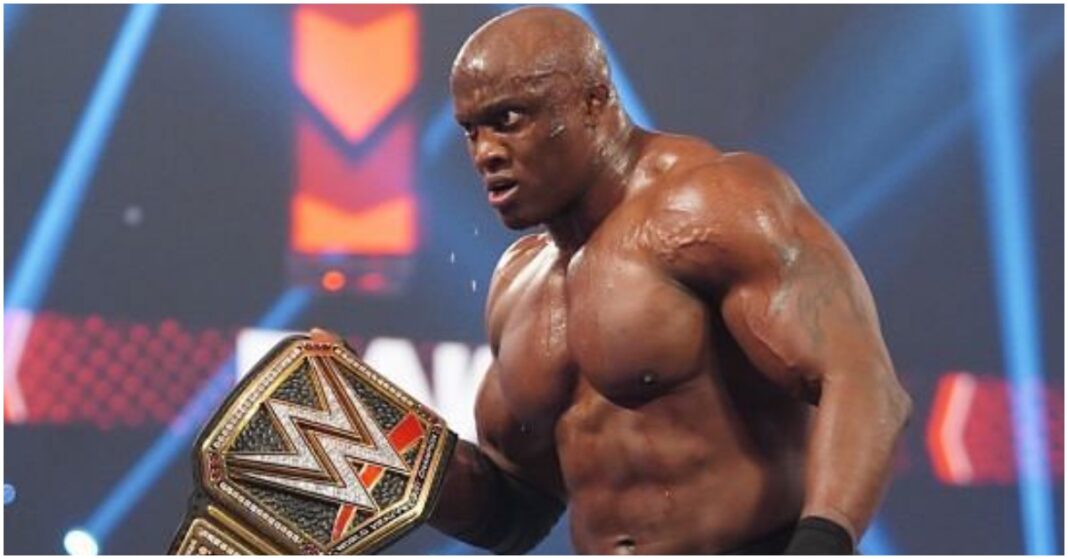 Bobby Lashley (15-2 MMA) who is known now as the ‘WWE Champion’, can also be remembered by people for his MMA prowess.

The former United States soldier has seen himself compete in MMA for eight whole years across his career, fighting for premier promotions such as Strikeforce and Bellator. Whilst competing for Scott Coker’s promotion, Lashley went on a very impressive 5-0 undefeated run with the organization.

Bobby Lashley never had a full training camp throughout his career

In an interview with Ariel Helwani on the MMA Hour, Lashley expressed that he could not help but feel jealous of his business rival and former UFC Heavyweight Champion, Brock Lesnar, for building a gym next to his house in Alexandra Minnesota, as he was unable to have a full-fledged training camp during his MMA career. (Transcribed by FightFans.co.uk)

Despite Bobby Lashley having a relationship with the American Top Team and Dan Lambert, he admitted only planned on fighting once.

Bobby Lashley outlines why he did not join Dana White and the UFC?

Lashley further went on to state that regardless of having training partners like, Josh Barnett. he was having to fly in and out to see his children as he was a single father at the time.

‘The All Mighty’ concluded that if you are a professional fighter trying to move up the MMA ladder, they need a plan and fixed training camps.

“I was like, if I want to do this thing full time, get in the UFC and make a run or stay with Bellator and run for that title, I’ve got to put it all together and it was challenging. I didn’t find a way that I could do it and I didn’t want to take any time away from my kids, so I was kind of in an awkward situation.” (Transcribed by FightFans.co.uk)