LowKickMMA.com
Home UFC News BJ Penn To Examine ‘What Is Next For His Life’ After UFC... 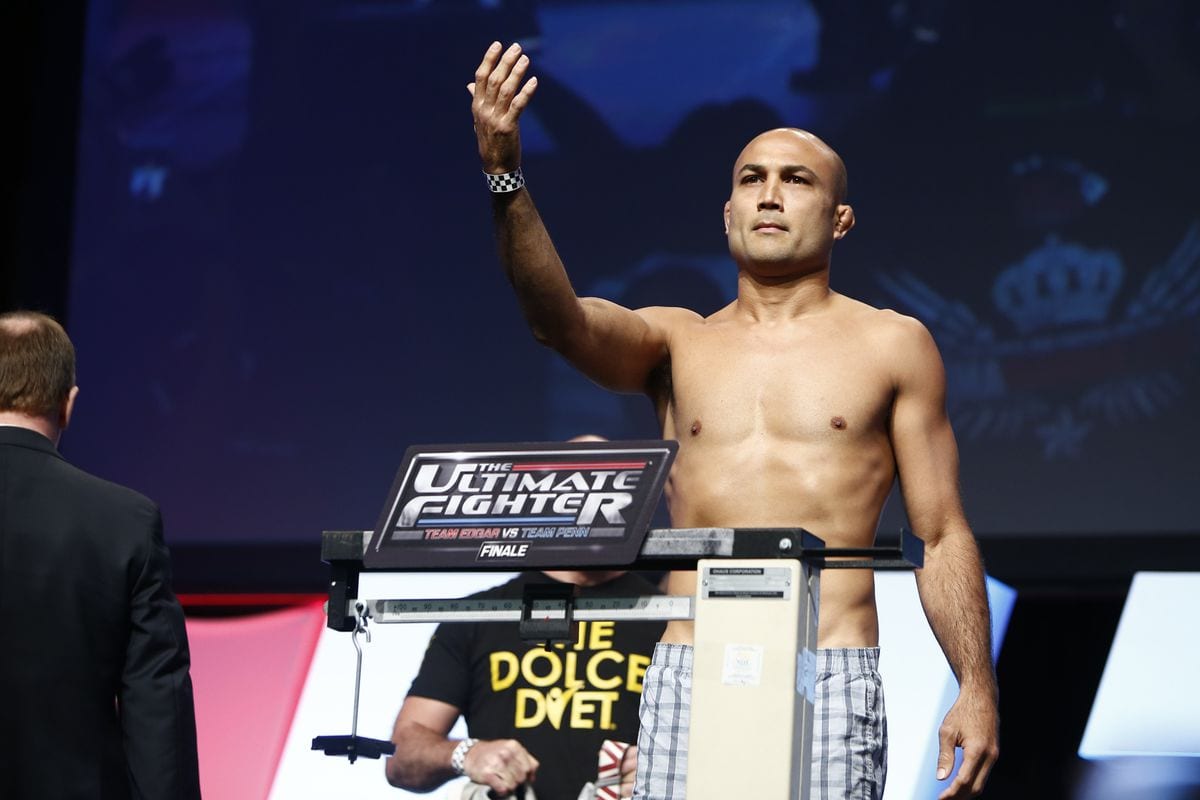 BJ Penn will what’s next for his life after suffering yet another loss. Penn is one of the greatest MMA fighters of all-time, but it has been a rough ride for him over the last few years.

He even captured both titles in the weight divisions during the 2000s. But looking at his fight record, he has gone 1-8-1 since April 2010.

He has previously retired from the sport three times. Penn, who has been an icon in the MMA community, has won some big fights as a lightweight and welterweight in the UFC. Just like every other fighter, there are ups and downs. Now, he is in the latter stages of his fighting career, which have been filled with disappointment.

He recently decided to drop down to featherweight, and it lasted for three fights. He was TKO’d by Frankie Edgar and Yair Rodriguez before losing a majority decision to Dennis Siver in June 2017. In his latest fight, he suffered a submission loss to Ryan Hall at UFC 232.

While doing a recent interview with his official website, the UFC Hall of Famer opened up on his future in the sport.

“I was shocked at how deep Ryan [Hall] was able to sink in the leg lock right off the hop,” Penn said. “The timing was perfect. I tried to run and pull my leg out, but I wasn’t going anywhere as my knee was still stuck inside his hips. So I tried to defend my knee and turn it up towards the sky. By the time I looked back he had already switched to the heel hook and my ankle just popped.”

“It is swollen. There’s some bruising and what not. But it wasn’t my knee. It was my ankle that popped. It is what it is. Hats off to Ryan Hall, that submission was the perfect storm. I’m going to let my ankle heal up and then I will contemplate what is next for my life,” he said.