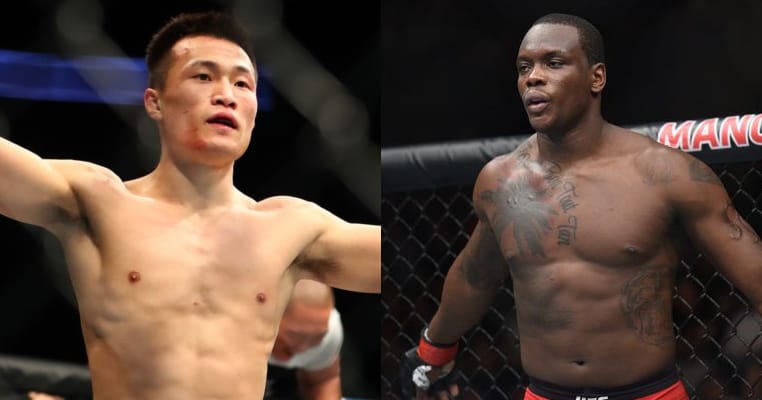 UFC Fight Night 104 went down in Houston, Texas last night, and delivered with a ton of great fights. Once again proving fight nights can be just as, if not more exciting than a pay-per-view extravaganza, he card was a thriller. Featuring the return of ‘Korean Zombie,’ Felice Herrig vs. Alexa Grasso and a number of other matchmaking triumphs, the event was riddled with finishes and exciting wars.

While the dust settles on the 12-fight card in Texas, there are a number of points to debate. Here are the biggest winners and losers from UFC Fight Night 104:

Having been absent from the sport since 2013, Chan Sung Jung emerged from UFC Fight Night 104 as the biggest winner. Not only was ‘Korean Zombie’ looking to shake off ring rust, but he was also coming off a loss in his return. Against Jose Aldo, Jung lost by brutal TKO and was nursing a litany of harrowing injuries after UFC 163.

Facing number nine-ranked Dennis Bermudez was no small task, bu ‘KZ’ needed just half a round to get the job done. Considering he’s currently unranked at 145 pounds, victory over a top ten staple should score Jung a decent fight next. Given the state of affairs at featherweight, the re-introduction of an exciting fighter like ‘Korean Zombie’ will be very welcome. The top five is littered with great potential bouts, including Frankie Edgar, and perhaps further down the line a rematch with Aldo. 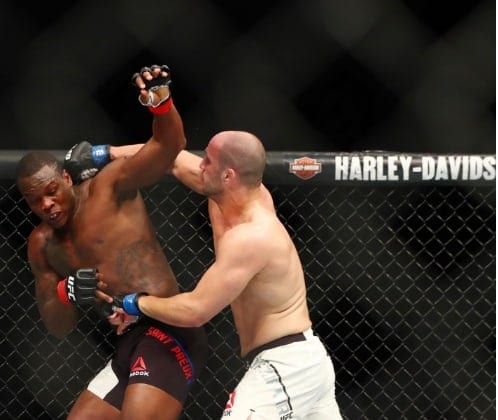 It was not a great night for Ovince St-Preux. Previously tabbed as a red-hot prospect, ‘OSP’ lost his third on the bounce in Texas. Although Volkan Oezdemir is a relative unknown, he is 13-1 now he’s defeated St-Preux, racking up 10 finishes on the way. “Cousin” is arguably one of the biggest winners of the event, but sadly the future is very uncertain for ‘OSP.’

Volkan Oezdemir could test himself against the Gian Villante’s or Patrick Cummins’ of the division, for the currently number six ranked St-Preux, the very same could be said.

There were no losers from this scrap. After a duo of straight losses for the UFC, Angela Hill crossed over to Invicta, winning the strawweight title and making one defense. Her highly anticipated return to the UFC was no walk in the park. Riding two straight wins, Jessica Andrade needed to make an impression in the ever-expanding 115-pound division.

This burner was arguably among the greatest fights in the division’s history, no doubt deserving of the ‘FOTN’ honours it received. Although on the raw end of the judge’s decision, ‘Overkill’ loses no stock. For Andrade, that’s three straight since dropping to 115, so a top five contender fight is warranted. For Hill, perhaps Alexa Grasso, who also lost in Texas, could be a fun fight.

Marcel Fortuna deserves a big applause for his brutal KO over Anthony Hamilton. Niko Price added further to his hype as a 170-pound prospect, taking Alex Moreno to sleepy land in the second round. Great turnaround by Felice Herrig, and how about James Vick’s slick d’arce choke against Abel Trujillo?