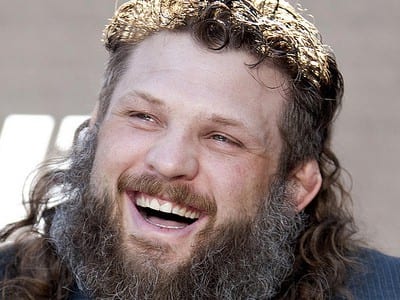 With news breaking early this morning (Thurs., May 14, 2015) that top-ranked UFC heavyweights Josh Barnett and Roy Nelson would be squaring off in the main event of a September 27 UFC Fight Night from the Saitama Super Arena in Japan, the gloves are already off and the insults are flying between the two large competitors.

Coming off of two straight losses, ‘Big Country’ got the smack started early with a tweet questioning Barnett’s sordid past with performance-enhancing drugs with a hopeful tone that the UFC’s new increased drug-testing program would be in effect leading up to their fight:

I HOPE @UFC DRUG TESTING IS IN EFFECT by then 😉 Right @GeorgesStPierre @arielhelwani pic.twitter.com/nW0haVT4Yy

Nelson’s seemingly loaded comment directed towards Barnett isn’t without merit, as ‘The Warmaster’ famously caused the singlehanded destruction of the now-defunct Affliction promotion when he was forced out of his anticipated 2009 meeting with former Pride champ Fedor Emelianenko due to a failed drug test for steroids.

Barnett also failed two previous tests for steroids in his career, but he did pass a full World Anti-Doping Association (WADA) panel before his UFC 168 loss to Travis Browne in 2013. He hasn’t fought in the UFC since, instead pursuing other interests outside the cage while winning two Metamoris bouts against Dean Lister and Ryron Gracie.

Now that he’s back in the UFC fold, however, Barnett isn’t going to let ‘Big Country’ off the hook. He fired back with his own stinging response not even 20 minutes after Nelson’s comments were made public:

I’m hoping they allow you to do steroids just make this a competitive fight. Gravy injections haven’t worked for you https://t.co/6HX91Ykcte

Barnett and Nelson will also compete as coaches of the new Road To Japan reality show, a TUF-like program pitting eight Japanese MMA hopefuls against one another with a champion being crowned before Barnett and Roy Nelson meet at the show’s finale.

The two heavyweight vets will have to make it to the Octagon by passing all of their drug tests first, but since gravy isn’t on the list of banned substances, Barnett could be the only one to worry about.