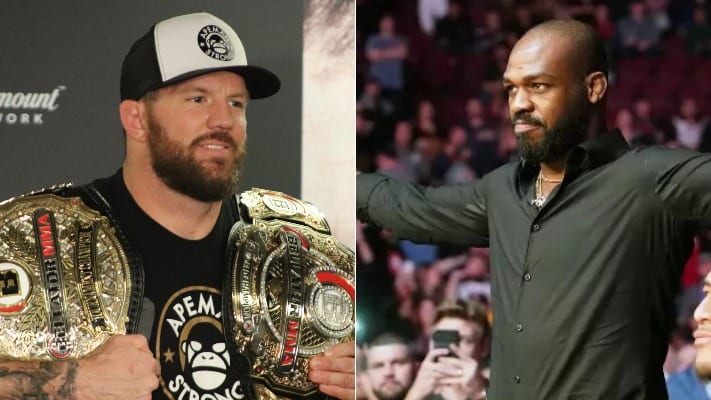 Betting odds for a rematch between Jon Jones and Ryan Bader have been released.

Jones has an uncertain future with the UFC amid his ongoing pay dispute with the promotion. With his back-and-forth spat with UFC president Dana White, the light heavyweight champion recently stated he was vacating his title and taking time away from the sport.

He also previously called for the promotion to release him if it wasn’t ready to pay him what he’s worth. That led to speculation of Jones potentially fighting for another promotion outside the UFC.

In reality, it’s unlikely. Jones still has a contract — which according to White was signed just last year — and the UFC is unlikely to let him go just because he has demanded as such.

But if Jones could leave, the likely option would be Bellator — home of current two-weight champion Bader.

The pair first fought in the UFC in 2011 which saw “Bones” inflict Bader’s first-ever career defeat. Bader has since improved tenfold as a fighter and currently holds the light heavyweight and heavyweight titles at Bellator.

The fight to make then would be Jones vs. Bader II and potential opening odds have been released by Sports Interaction (via BestFightOdds).

Bader Open To Rematch With Jones

These odds aren’t surprising as Jones is still regarded by many to be the pound-for-pound best fighter on the planet — even if his last few fights have made him seem beatable according to Bader, who has repeatedly expressed his desire to have a rematch with the current UFC light heavyweight champion.

He even recently encouraged him to join Bellator so that they could run things back.

Again, it’s unlikely but this is a crazy sport.

What do you make of those odds?