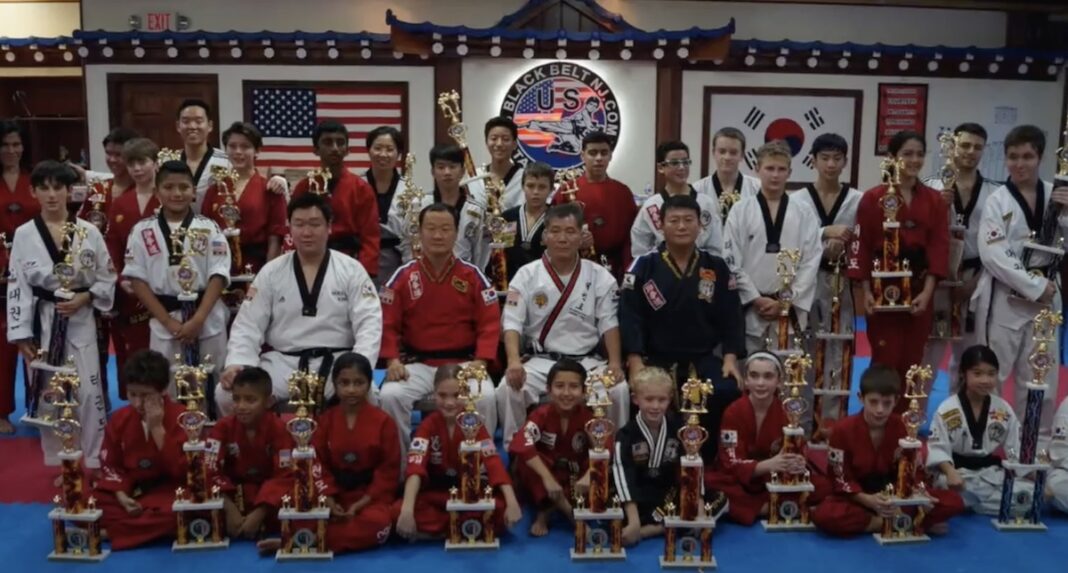 Taekwondo is often overlooked within combat sports, but it is still one of the most practiced martial arts in the world. It is practiced in over 157 countries with over 50 million practitioners worldwide.

A handful of those countries are real powerhouses in the world of sport Taekwondo. Always in the mix for winning the various world championship and Olympic championship events.

One of the oldest Taekwondo schools in the US and one of the best in the country is World Taekwondo: Minnesota.

This school was founded by one of the very first Taekwondo grandmasters in Grandmaster Byung Yul Lee. Grandmaster Lee immigrated to the US in 1968 and would open his academy World Taekwondo in Minneapolis, Minnesota.

It was one of the very first Taekwondo schools ever established in the country and has been one of the most successful. In its 52 year history, the school has had over 7 generations of Taekwondo black belts that trained in the academy. Including numerous state and national level champions.

With decades of accolades, World Taekwondo starts off our best Taekwondo schools in the world list at #10.

Hee Il Cho is a well-respected master of Taekwondo with over 60 years in the martial art. He runs the best Taekwondo school in the Hawaiian islands.

Master Cho has written numerous instructor books on Taekwondo, as well as released 70 instructional videos. Also being one of the faces of Taekwondo for the longest time due to his small roles in various 1980s/1990s action movies.

Cho has dedicated his life to teaching Taekwondo and taught thousands of students in his lifetime. Hee Il Cho’s Taekwondo Center is our #9 choice as the best martial art school in the world.

Egypt is one of the top 20 countries in the world for Taekwondo training. Where the best in the country is at the International Taekwondo Academy in Cairo.

This school is a state of the art training center funded by the Egyptian government. In recent years, there have been more talented Taekwondo athletes coming out of the country.

Two of which are 2020 Olympic medalists Hedaya Malak and Seif Eissa. With their success, the International Taekwondo Center will no doubt create more world class Taekwondo athletes.

In the history of Taekwondo in Great Britain, there have been a total of 19 world championship medalists. Also 9 Olympic medalists and just about all of them trained at the GB National Taekwondo Center.

This is where 2x Olympic gold medalist and 2019 world champion Jade Jones trains and the rest of the GB Taekwondo team.

Great Britain Taekwondo has just assigned former French TaeKwondo national team member Torann Maizeroi as the new head coach. He has shown promise as a head coach and look to take a young squad to the 2024 Olympics.

INSEP was established in 2001 in Paris, France to bring together the best Taekwondo athletes within France. Twenty one years after establishing INSEP, it has proven to be quite successful.

France has now become one of the top ten best countries for Taekwondo. Collecting 8 Olympic medals since INSEP was founded and most of the 32 medals collected at the Taekwondo World Championships.

Thanks to INSEP,  the French Taekwondo team has become one of the 10 best in the world.

For decades, Spain has been considered by many as the best Taekwondo country within Europe. One school in Madrid that has produced numerous world class athletes.

The school will definitely produce more world class talent going into the future.

The World Taekwondo Federation opened their training center in Tehran, Iran in 2010. Since then, Iran has become a hotbed for some of the best Taekwondo athletes in the world.

Taekwondo was first introduced in Iran in 1970 and the country embraced the martial art. There are now over 5000 Taekwondo schools across the country.

Iran’s love of Taekwondo has led to 54 medals at the Taekwondo World Championship and 6 Olympic medals. This school is led by coach Reza Mehmandoust, who was the 2011 Taekwondo coach of the year.

World Taekwondo: Iran is where the best Taekwondo athletes in Iran train and is among one of the world’s best.

Our pick for the 4th best Taekwondo school in the world takes us to the martial arts birthplace of South Korea. Namsangol Hanok Village was picked, because it offers top level training and is very open for tourists to train there.

You can learn from some of the best instructors in the world at Namsangol Hanok Village. The Taekwondo school is publicly funded by the Seoul Metropolitan Government for International Visitors.

Even if you’re not a Taekwondo practitioner, you can still watch some of the best Taekwondo athletes perform demonstrations.

Muju Taekwondowon is located in the Baegunsan Mountain in Muju-gun, Jeollabuk-do, South Korea. Not only one of the best Taekwondo schools in the world, but located in one of the most beautiful locations.

You can go there and get a chance to train, where some of South Korea’s best Taekwondo practitioners trained. It is also complete with a Taekwondo museum to see the complete history of the martial art.

The best Taekwondo school in the world is of course the first one ever established. That is the Kukkiwon or World Taekwondo Academy in Seoul, South Korea.

This was where the art of Taekwondo was first established and spread around the entire world. Countless South Korean world and Olympic champions all trained at the World Taekwondo headquarters.

They have been the gold standard for Taekwondo academies and what all other taekwondo schools try to achieve.