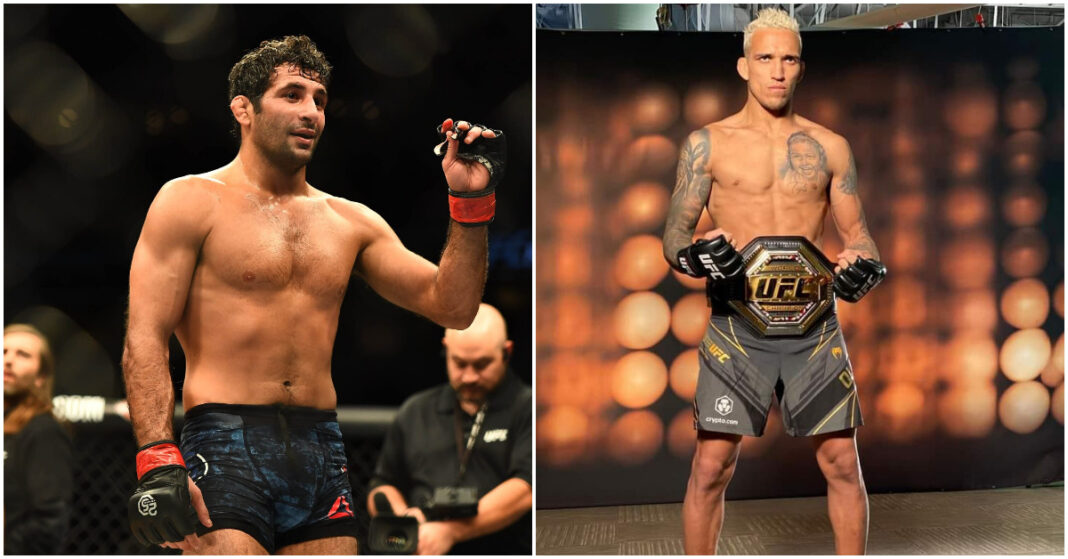 UFC lightweight Beneil Dariush has fired shots at Charles Oliveira for not taking a fight with him.

Having been on the sidelines since his last outing against Tony Ferguson last May, Dariush is swift in recovery from an ankle tear. Although he was expected to fight Islam Makhachev, talks of the showdown fizzled out after the sixth-ranked contender provided an update on his injury.

With Oliveira having to vacate his title, the matchmaking for UFC lightweight division has been turned on its head. Dana White had stated that Makhachev would need to dispatch Dariush to get a shot at the title but with no champ in place, things may change very quickly. Dariush was scheduled to take on Oliveira in October 2020 but it never happened as ‘do Bronx’ ended up facing Tony Ferguson in December of that year.

In a recent interview with ESPN MMA, Beneil Dariush talked about Charles Oliveira missing weight, the state of the lightweight division in the UFC, and Islam Makhachev.

“I haven’t had any conversations with the UFC,” Dariush said. “In my mind, if I’m as good as I think I am, if I’m the best in the world, then everybody’s food. All these guys are just food. The only difference is the rotation, like who’s going to be first for me to eat. That’s basically how I look at it.”

“And so, that’s one of the reasons why I’m not like jumping on it, ‘ah, Charles has to give me this fight.’ I could clearly say, ‘hey buddy, you always talk about how the top five never gave you the fight. We were scheduled to fight, we were supposed to fight in October of 2020. You bailed on me and you said family issues. And then in December, you fought Tony Ferguson.

“What the heck, man? You’re being kind of a hypocrite’. If I really cared, that’s kinda how I would come at this. I’d be like, ‘dude, you’re being a hypocrite. You owe me a fight’.

“Pff, I don’t care. Just tell me who’s next and let’s get to work. That’s really how I feel right now. Just annoyed, mostly annoyed is the way I would put it.”

It seems like Beneil Dariush knows what he needs to do to get in a better position to challenge for the title. Although he’s expressed his disappointment with the Brazilian’s treatment, he is willing to wait for the match.

Would you like to see Beneil Dariush fight Charles Oliveira?