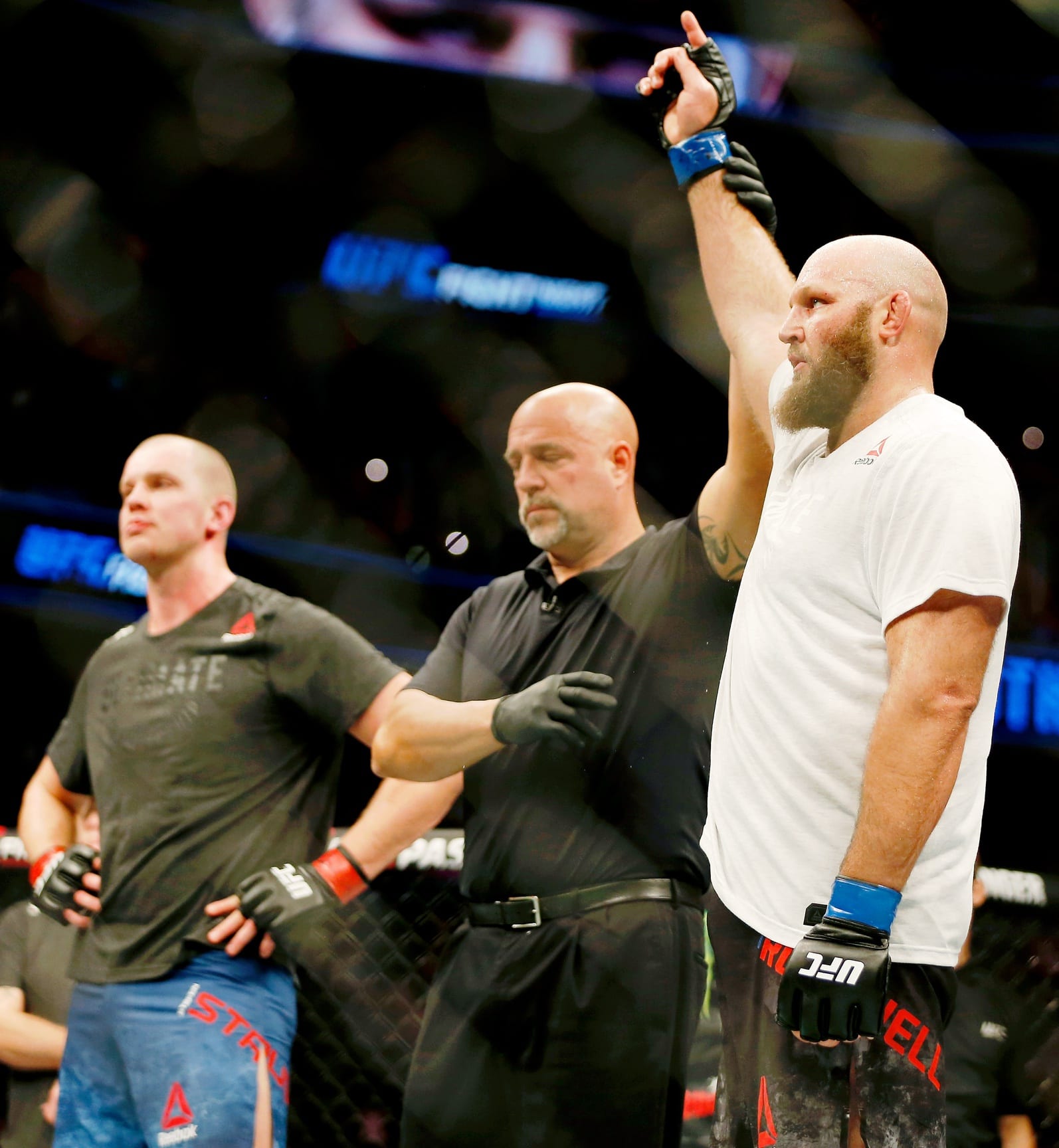 The first came in round one and had the “Skyscrapper” writhing around the floor in pain. He fought on and was winning the fight up until the third and final round. Another groin shot sent him down again, only for his corner and referee Dan Miragliotta to persuade him to continue with the fight. In hindsight this was a massive mistake as moments later Rothwell jumped in and got the finish.

“Yeah, there’s an asterisk, but I can’t do anything about it,” Rothwell said. “I tried to be as apologetic as I could and complimented Stefan Struve for being a man. But, you’ve got to move on. I got myself in a really good position to have a big 2020 with all of my coaching staff and the conditioning I’m in. I just want to look better in my next fight. I want to be noticeably better the next time around.”

Struve could have picked up a disqualification win but pressure from the referee led to his continuation. Something Rothwell was thankful for but accepted it was unfortunate.

“So, I was pretty confident he was going to fight. That is unfortunate the ref said that because he’s basically just repeating what his cornermen were telling him.”

Prior to his fight with Struve, Rothwell had lost three straight UFC fights. The heavyweight knew a loss this weekend could have brought an end to his career. So whilst he was apologetic for the way the fight ended, Rothwell was just happy to be back in the win column.

“I think I was on the chopping block,” Rothwell said. “Let’s be honest, I’ve lost three decisions prior to this. I didn’t get helped, I don’t get finished and I fight to the end. But four losses is four losses and it can’t happen. So, this was crucial.”

Should UFC make a rematch between Ben Rothwell and Stefan Struve?