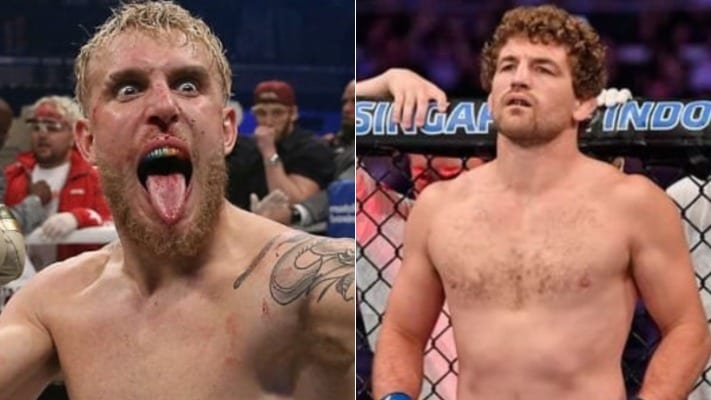 The initial fight salaries for fighters competing on the main card of Triller Fight Club’s Ben Askren vs Jake Paul PPV event are out.

Former Bellator and UFC fighter Ben Askren is set to make his professional boxing debut as one half of the main event. For his troubles, Askren will bank a minimum of $500,000. This is not including PPV points which will likely add an extensive sum to the fight purse.

Askren’s opponent, Jake Paul, is set to receive an even higher pay-out. The YouTuber star, with 2 professional fights on his record, looks set to net at least $690,000. This is likely because Paul brings a huge following over from his YouTube channel, as well as the ‘heel’ persona he has created. These figures were released via MMAFighting.com.

The full main card salaries can be seen below:

During Askren’s career as an MMA fighter, he primarily relied on his wrestling background as a means of dominating his opponents. However, recent footage has shown Askren looking significantly sharper as he hits pads. Jake Paul has actually looked relatively impressive in his two pro fights so far. However, neither were against actual fighters. As such it remains to be seen how well he will do under real pressure. Having said that, it also remains to be seen if Askren can apply said pressure without relying on his wrestling.

Check out the Lowkick MMA staff picks for further insight into this intriguing fight.

Who do you see winning? Jake Paul or Ben Askren? Let us know in the comments.