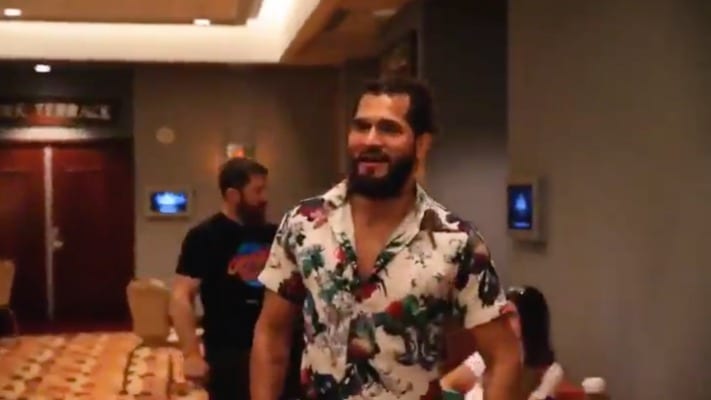 It’s no secret that Ben Askren and Jorge Masvidal have built up quite the rivalry with one another heading into UFC 239 tomorrow night (Sat. July 6, 2019).

Askren and Masvidal will meet in a welterweight scrap on the main card of the pay-per-view (PPV) from the T-Mobile Arena in Las Vegas, Nevada. Recently, Masvidal revealed he ran into Askren backstage at a media event, and claimed “Funky” froze up when speaking to him.

The former ONE and Bellator MMA welterweight champion took to Twitter and shared a clip from the encounter, which you can check out here:

The winner of Masvidal vs. Askren could very well be looking at a title opportunity. With Colby Covington now facing Robbie Lawler later this summer, the door has opened up for another top welterweight to challenge Kamaru Usman in his first career title defense later this year.

Askren remains confident that, should he win this weekend, he will be the next man up to challenge “The Nigerian Nightmare” for the welterweight strap. Of course, Masvidal is hoping to spoil those plans, as he comes off a massive second-round knockout win over Darren Till in London earlier this year.

What do you think about the confrontation between Askren and Masvidal? Who are you picking tomorrow night?