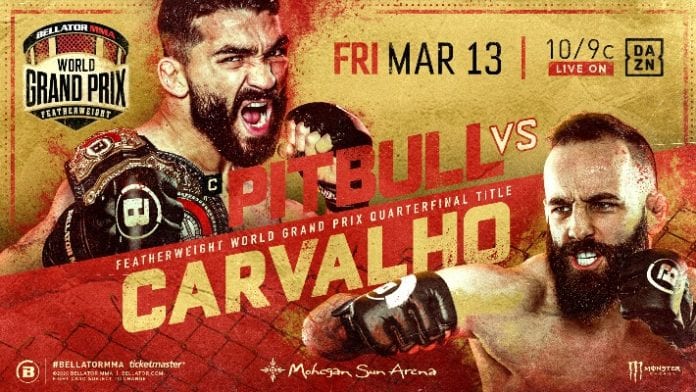 The Bellator Featherweight Grand Prix Tournament will continue into Bellator 241.

The promotion announced that, at the event, current 145-pound champion Patricio Freire will take on Pedro Carvalho. Also, Emmanuel Sanchez goes head-to-head with Daniel Weichel. The event goes down from the Mohegan Sun Casino in Uncasville, Connecticut on Friday, March 13.

Freire took out Juan Archuleta in the first round after winning a unanimous decision at Bellator 228 in California. The victory marked Freire’s fifth in a row, a streak that included a lightweight title win by knocking out Michael Chandler in the first round. As for Carvalho, he is undefeated in the Bellator cage after winning six-straight. His most recent victory was a submission win over Sam Sicilia in the opening round of the tournament this past September at Bellator 226.

We’ll keep you updated as more fights are announced for Bellator 226.

What do you make of the Bellator 241 Featherweight Grand Prix quarterfinal matchups?