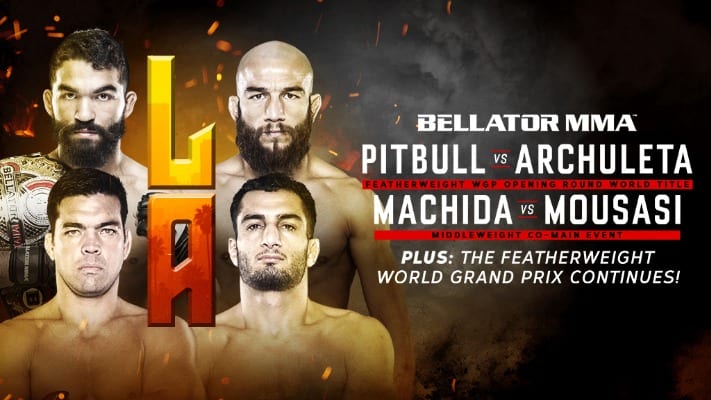 Tonight (Sat. September 28, 2019) Bellator 228 goes down from The Forum in Inglewood, California.

In the main event of the night, Patricio Freire puts his Bellator featherweight title up for grabs in the first round of the Bellator Featherweight Grand Prix tournament. Also, in the co-main event, Lyoto Machida meets Gegard Mousasi at middleweight. A plethora of other great featherweight bouts will take place on the main card as well.