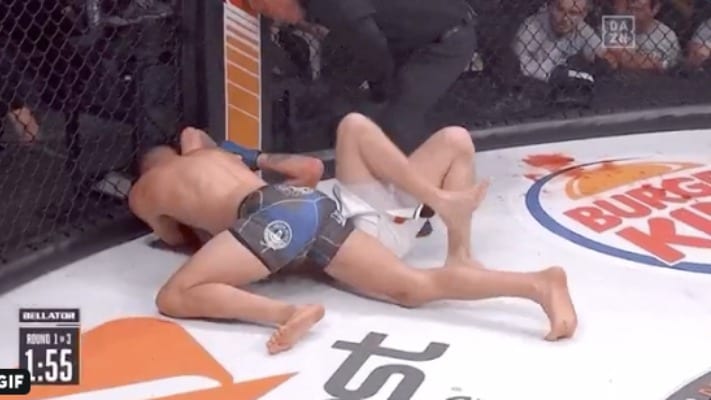 Nick Newell’s Bellator debut couldn’t have gone any better than it did. Newell stepped into the cage against Corey Browning on the Bellator 225 preliminary card.

Newell dominated the fight early by landing some clean lead hooks before getting Browning down. After that, Newell’s grappling took over, as he sunk in a deep arm-triangle choke. After transitioning to side control, Newell forced Browning to tap out to the pressure. Newell was signed to Bellator on a one-fight deal. It will be interesting to see if he gets a larger deal after this victory.

LowKickMMA’s coverage of Bellator 225 continues on right now. Click here for our live Bellator 225 results, which will be updated throughout the night.