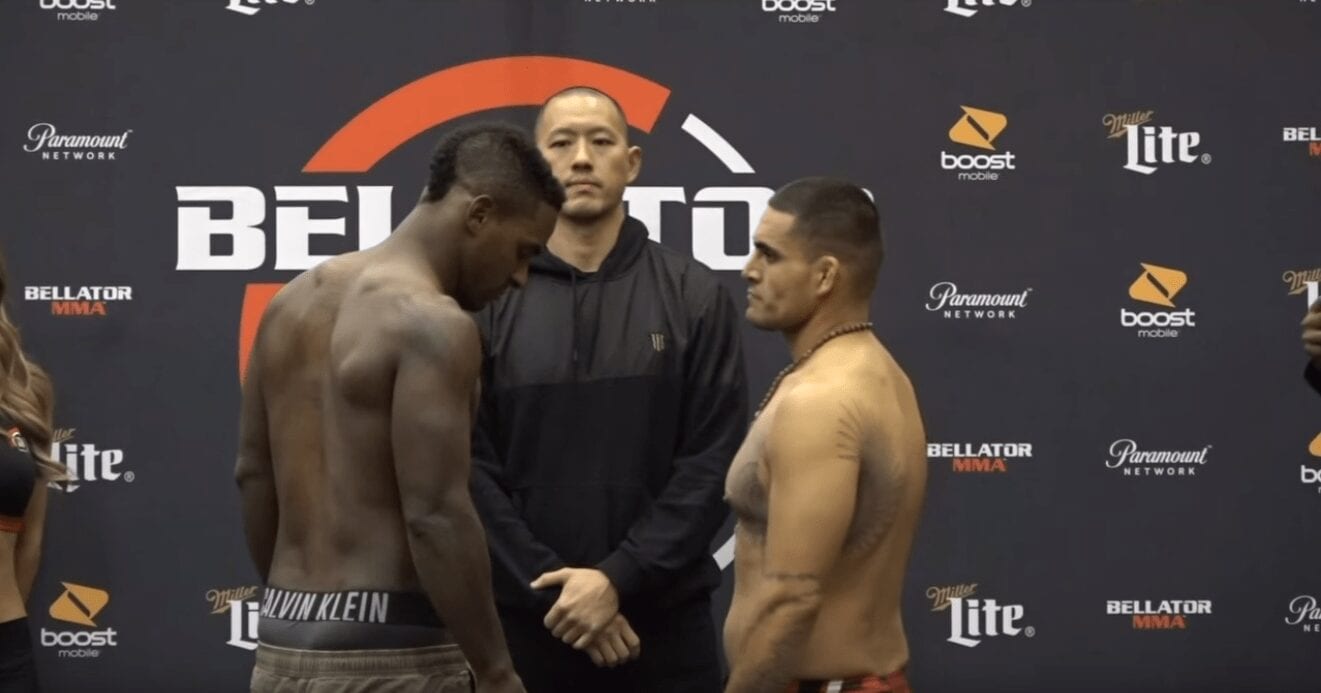 It’s once again fight day here at LowKickMMA, and the talent on display tonight (Friday, January 26, 2018) will come in the form of Bellator 193. Headlining the card are Lorenz Larkin and Fernando Gonzalez, but there’s a whole bunch of great fights also taking place on the rest of the main card.

Lorenz Larkin and Fernando Gonzalez meet in a catchweight bout in the main event. In round 1, there was a feeling out process with both fighters being reluct to fire off shots. They threw some leg kicks but kept their range. Larkin started to feel the fight and let his hands go while controlling the distance. In round 2, Larkin really started to put it on Gonzalez and even rocked him at one point up against the fence with a right hook. Gonzalez was trying to get inside but the range was hurting him. They had a nice exchange up against the fence within the last two minutes. Larkin knocked him down with under a minute to go. Larkin was loose and his striking game showed it. Gonzalez landed some solid strikes towards the end of the round. In round 3, Larkin slowed the pace down while Gonzalez sped it up as it was a close fight going into this round. Gonzalez caught Larkin with a few good shots but Lark landed a devastating knee strike in the middle of the round that seemed to fire up Gonzalez, who started to unload. For the last minute and half, they had an all out slug fest. In the end, the judges gave the win to Larkin by decision.

Saad Awad and J.J. Ambrose meet in a lightweight in the co-main event. In round 1, Awad was using leg kicks to close the distance as Ambrose was back peddling. Awad was starting to let his hands go while working over the left leg of Ambrose, who was having a hard time getting any offense going. Awad scored a late round takedown but Ambrose got back to his feet. They clinched to end the round. In round 2, Ambrose;s left leg was really red after taking all of those leg kicks. Awad was able to get a takedown and got his back but Ambrose scrambled out of that position. Ambrose was able to get back to his feet. However, Awad took him down again and got his back. Awad worked him over with strikes while attempting to set up a rear-naked choke. Awad moved to mount but lost it as Ambrose got back to his feet. Awad clinched again and Awad took him down but Ambrose got on top to end the round. In round 3, Ambrose took him down to start out the round and for the majority of it they wrestled while Ambrose kept him pinned down. Awad was able to get back up and they exchanged knee strikes. Ambrose took him down again and was able to land some strikes. Back and forth action. Awad took him down and got back control. The judges gave the win to Awad.

Kendall Grove vs. AJ Matthews is next in a middleweight bout. In round 1, Matthews was trying to get inside of Grove’s range early. Grove caught him with a series of strikes that left Matthews off balance. Matthews was working leg kicks nicely and it was effecting Grove’s movement. Matthews was doing a nice job at controlling the exchanges. Grove started mixing things up at the end of the round. In round 2, Matthews continued to control of the range and clinched with him briefly in the early going. Grove landed a good combo in the middle of the round. Matthews was doing a nice job of landing his shots but avoiding Grove’s strikes by getting out of the way. In round 3, they had a wild exchange to open the round. Matthews caught him with a combo that led to Matthews pouncing on Grove, who later recovered. Matthews continued the beatdown with an elbow and an uppercut. The judges gave Matthews the decision win.

Opening the main card on Spike TV is Steve Kozola vs. Jake Smith in a lightweight bout. In round 1, Kozola was pressing early and landing some solid shots. Smith caught him with a straight right and followed up with a left hook that dropped Kozola. Smith finishes with strikes on the ground.