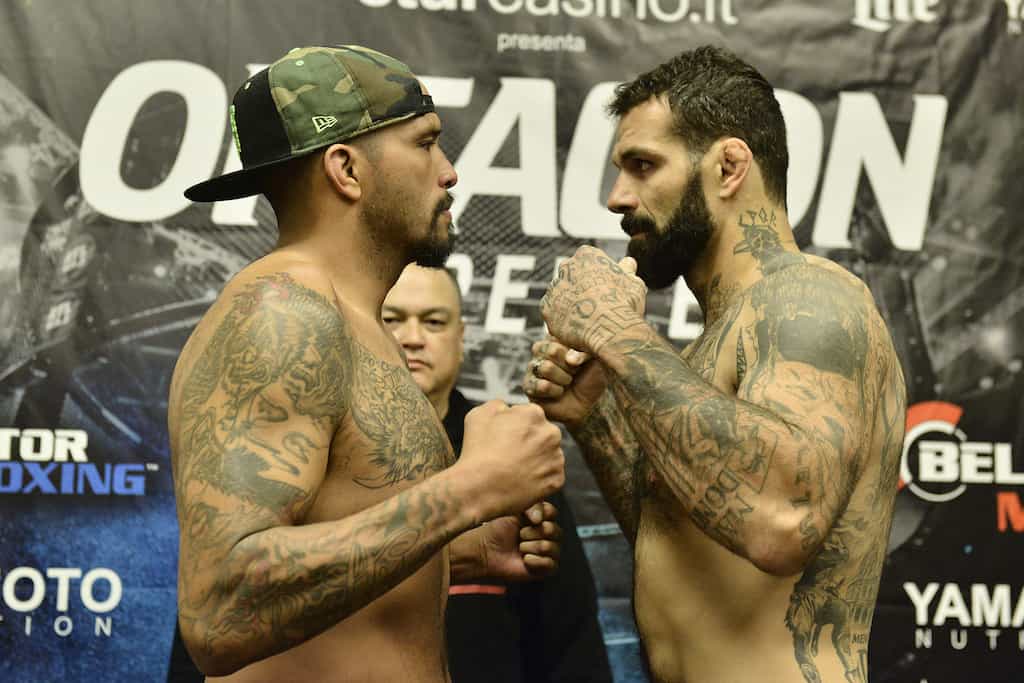 It’s once again fight day here at LowKickMMA, and the talent on display tonight (Saturday, December 10th, 2016) will come in the form of Bellator 168. Headlining the card are Alessio Sakara and Joey Beltran, but there’s a whole bunch of great fights also taking place on the rest of the main card.

Alessio Sakara (18-11, 2 NC) and Joey Beltran (17-13, 1 NC) met in the main event of Bellator 168. Beltran throwing a lot of jabs early as the crowd is clearly behind Sakara. Beltran was poked in the left eye. We get back to action. Sakara stunned him with a right hand then finished him with strikes to end the fight.

Goiti Yamauchi (31-9) and Valeriu Mircea (12-3) met in a lightweight bout. Yamauchi comes out aggressive, but Mircea catches him with a right hand and drops him. Mircea swarms him with strikes on the ground, and Yamauchi locked in an armbar, but Mircea slammed his way out of it and did so twice. Mircea stayed in guard and worked him over with strikes. Yamauchi scrambled and locked in a triangle choke for the win. Ed Ruth (1-0) and Emanuele Palombi (5-2) met in a middleweight bout. Ruth came right out caught Palombi and finished him with strikes in just one minute and 33 seconds.

Philipe Lins (10-1) and Kleber Raimundo Silva (12-7) met in a light heavyweight bout. In round 1, hey have a feeling out process early. Silva was the more aggressive fighter. They had a wild exchange halfway through the round. Silva landed a sick spinning back kick to end the round. In round 2, Lins came out quick and backed up Silva with his strikes. Silva was doing some good work with his jabs. Lins landed a flurry of combos throughout the round. Silva stunned him, and Lina dropped but got right back to his feet. Silva stayed on him and landed a series of strikes that ended the fight.

Opening the main card on Spike TV was John Salter (13-3) vs. Claudio Annicchiarico (1-5) in a middleweight bout. Salter shot in and scored a takedown within seconds. Salter got full mount then smashed his face into get the TKO win.