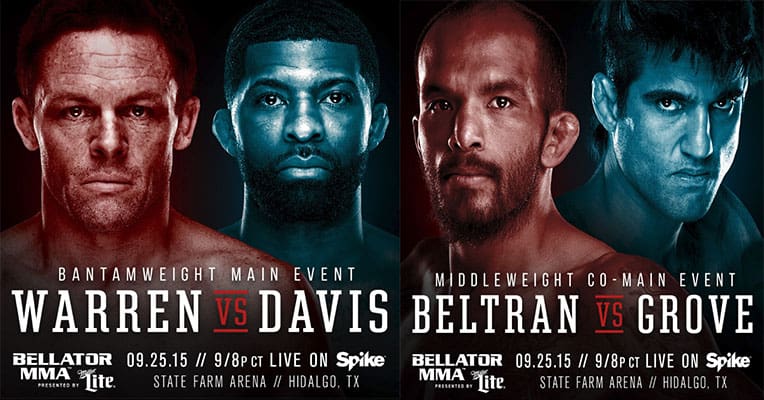 Bellator attempted to rebound from a disappointing Bellator Dynamite 1 rating with Bellator 143, but it did not work, unfortunately.

The event drew 669,000 viewers on Spike TV, which was the second most-watched sports program of the night. The event only trailed the Boise State vs. Virginia college football game on ESPN that did 1.75 million viewers.

Keep in mind that this is the Bellator average for a non-major show.

The event was headlined by a bantamweight bout between former Bellator Bantamweight champion Joe Warren and WEC veteran LC Davis.

Also on the main card were Joey Beltran vs. Kendall Grove, Emmanuel Sanchez vs. Henry Corrales, and Vinicius Queiroz vs. Ewerton Teixeira.

The show peaked in the co-main event with Kendall Grove vs. Joey Beltran. That fight did 885,000 viewers while the main event (Joe Warren vs. LC Davis) only did 777,000 viewers.

Bellator MMA’s next event is October 23rd with Bellator 144.