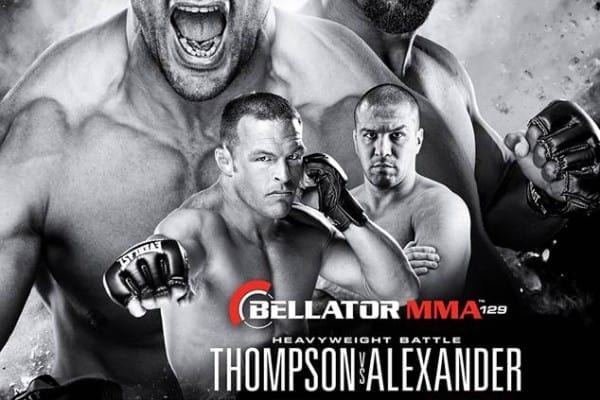 The event featured a welterweight headliner between Josh Neer and Paul Bradley that turned out to be rather uneventful. Bradley used a smothering wrestling-heavy gameplan to win a unanimous decision.

UFC veteran and hometown favorite Houston Alexander fought Virgil Zwicker to a majority draw in the co-main event. Known mainly for his thunderous striking, Alexander had some solid takedowns in the first round until a headbutt to Zwicker halted the action and eventually lead to a huge bump on Alexander’s head (courtesy of Vine):

The fighters traded some big shots in the second, and “The Assassin” got another takedown. Despite his top control, Zwicker persevered to land a huge knee. Alexander continued to score with his wrestling the final round, but another headbutt took a point away from Alexander. The infraction ended up costing Alexander the win.

Andre Santos used a high volume of looping punches to batter James Terry en route to a unanimous decision in an exciting fight. Santos improved to an impressive 37-9 with the win.