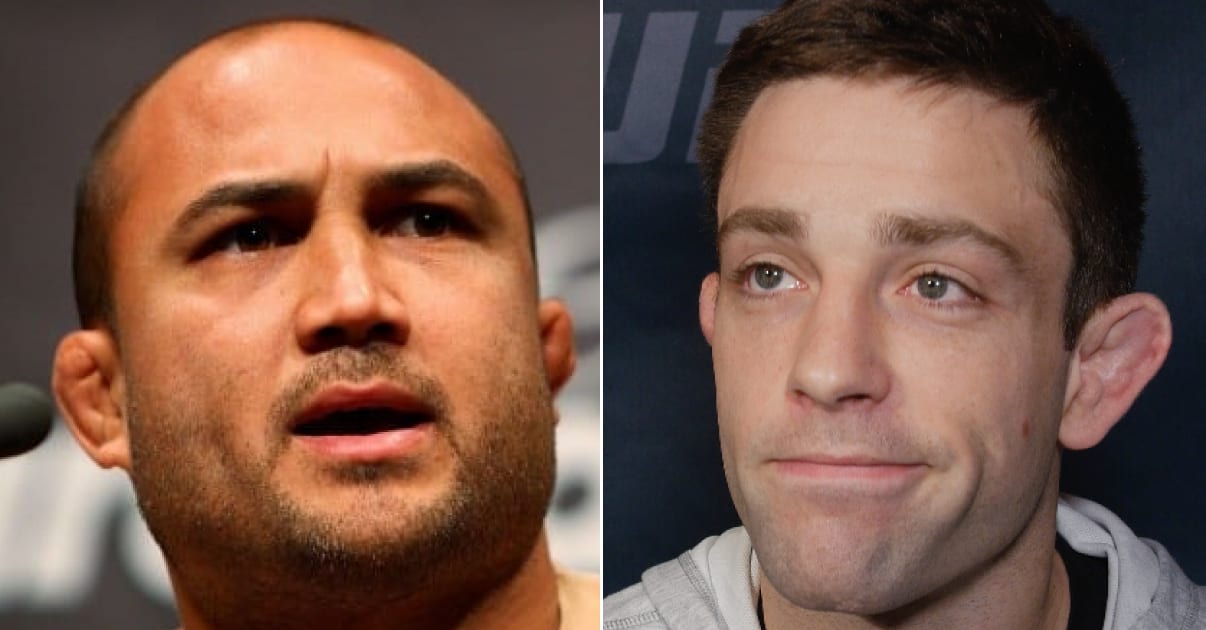 “The Prodigy” isn’t obsolete yet.

The 39-year-old Penn has not won a fight in nearly eight years. He most recently lost a majority decision to Dennis Siver at UFC Oklahoma City in June 2017. Penn has held UFC gold in both the lightweight and welterweight divisions. However, he competed as a featherweight in his last three fights.

Hall, 33, hasn’t competed since beating Gray Maynard at The Ultimate Fighter 24 Finale back in December of 2016. His other UFC win was a unanimous decision over Conor McGregor‘s good friend and training partner Artem Lobov.