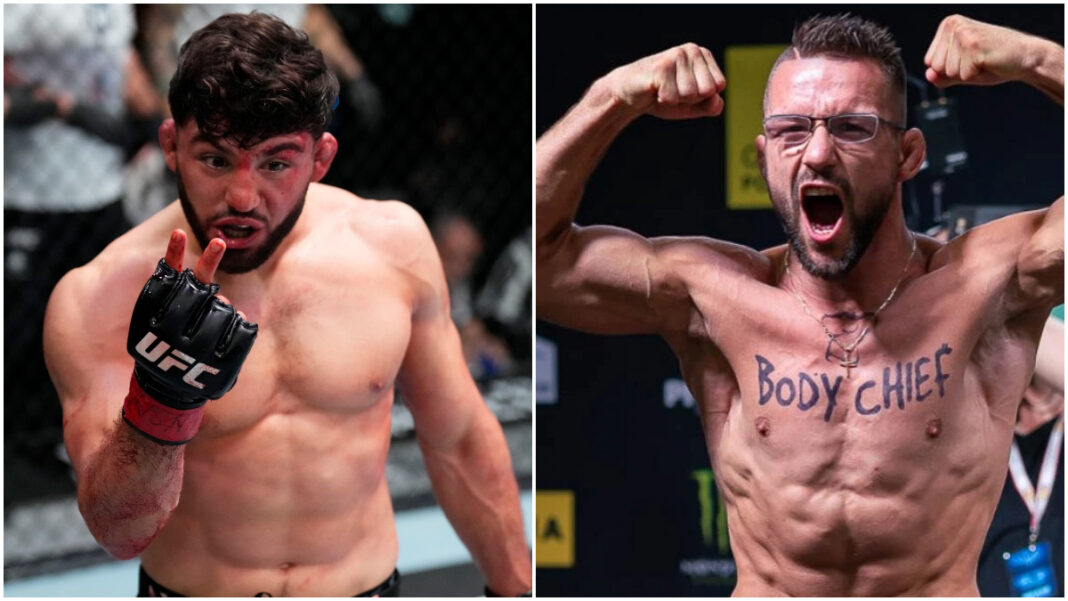 Arman Tsarukyan has been reported to compete against Mateusz Gamrot in a five-round contest this June 25.

At the upcoming UFC Fight Night: Magny vs. Rakhmonov, two of the hottest prospects in the company will face each other. Arman Tsarukyan is slated to take on Mateusz Gamrot in what’s reported to be a five-round match as opposed to a regular three-round one. Although their bout will not be the main event of the night, they will be given the extra two rounds for the experience.

Tsarukyan is the more experienced fighter of the two when it comes to competing in the UFC. Whilst he lost his first fight in the promotion against upcoming title challenger Islam Makhachev, ‘Ahalkalakets’ has since racked up five wins in a row.

Usually, these matches are set for three rounds but it seems like the UFC may have planned an exception to the rule to add another fighter to the mix of title contention.

Arman Tsarukyan vs. Mateusz Gamrot: Clash of the Prospects

At the UFC 253 post-fight press conference, the company president Dana White expressed his excitement at the arrival of Mateusz Gamrot in the promotion. Although Gamrot also ended up losing his debut fight in the UFC, the 31-year-old went on to win his next three fights. ‘Gamer’ is going into the bout off an impressive win over Diego Ferreira by submission to knee to the body.

Arman Tsarukyan had called out the entire roster of UFC lightweights for not being willing to take a fight against an opponent that’s lower in the rankings than them. Coming off a bloody TKO win in his last outing, the 25-year-old battered Joel Alvarez to finish him in the second round this past February.

Tsarukyan’s fight with Gamrot will serve as the co-main event of the night under the headlining match of veteran Neil Magny against another hot stock of Shavkat Rakhmonov.

Are you excited to see the fight go for 5 rounds?