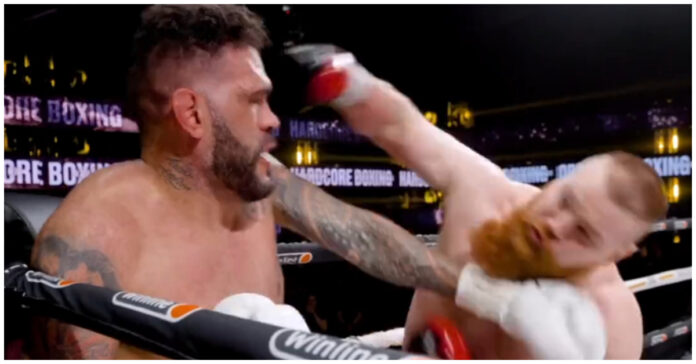 Former UFC heavyweight Antonio Silva last competed in MMA against Oleg Popov at MMA Series 53 on June 24 in Moscow. After a commanding performance from Popov in the first round, Silva would get knocked out viciously within 15 seconds of the second round. This marked his seventh consecutive loss with six of them coming by way of KO or TKO.

His recent outing in another combat sport yielded a similar result.

Antonio Silva suffers a knockout in a boxing match

Less than two weeks ago, “Bigfoot” returned to action in a different sport this time. He took on Vyacheslav Datsik in a Friday boxing match in Russia and was handily dispatched once again, in round two.

Silva was unable to present a real threat to Datsik, who bullied his way to victory from the start. Towards the end of the first round, Datsik would drop Silva with a punch that may have landed after the bell. He went to work right away in the next round and replicated the same outcome as the Brazilian’s last fight, a knockout in the second.

A look at Vyacheslav Datsik’s disturbing past

Datsik gained notoriety for his criminal behavior and neo-Nazi beliefs. He conducted vigilante raids on brothels in his home country of Russia and barely avoided charges due to being determined a schizophrenic.

Following his transfer to a low-security psychiatric clinic in July 2010, the self-proclaimed “Red Tarzan” managed to escape the facility in August 2010 to Norway. While sporting Nazi symbols, Datsik told the reporters that he was “not a nationalist, but a racist.

A Norwegian police physician submitted a report based on his conversations with Datsik and analysis of the available documents. He concluded that Datsik did not have a serious mental disease whereas Datsik’s lawyers stated that Norwegian authorities must allow their client to remain in the country claiming that Russian authorities made up the psychiatric diagnosis.

What do you make of the recent performance by Antonio Silva?