LowKickMMA.com
Home MMA News Antonio Rodrigo Nogueira: All I Want To Do Is Fight 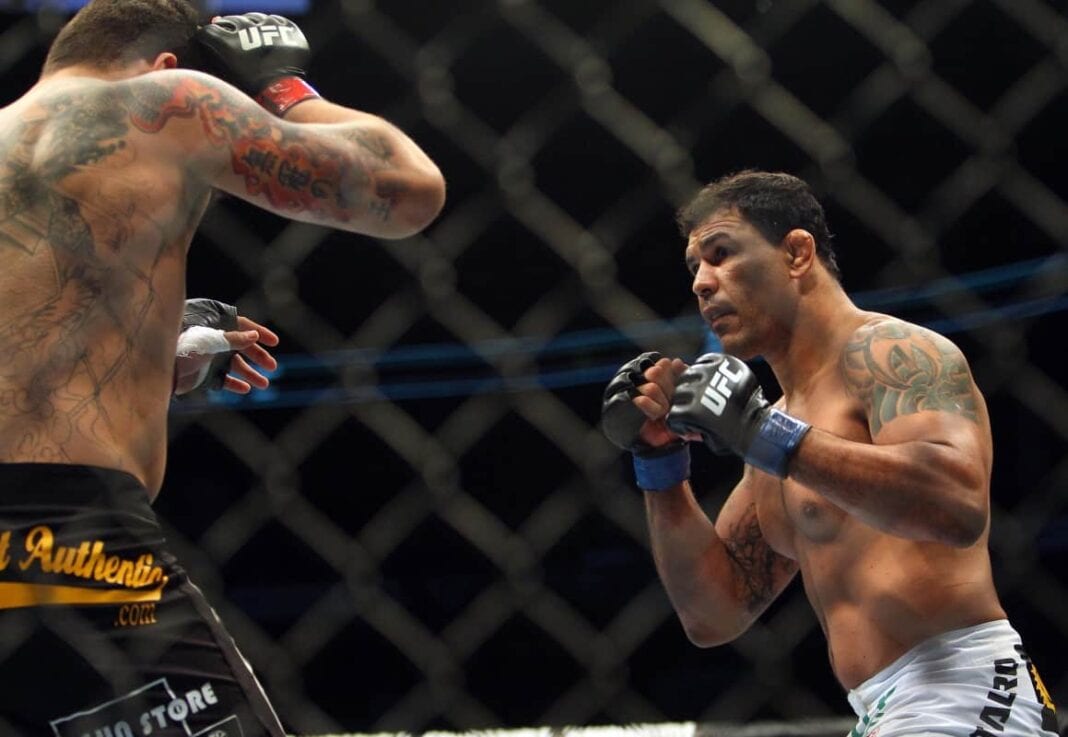 The UFC is headed back to Brazil tonight (August 1, 2015), as UFC 190 is set to go down from Rio de Janeiro live on pay-per-view (PPV). Dominant women’s bantamweight champion “Rowdy” Ronda Rousey will put her title on the line against Brazilian Bethe Correia in the main event, and the UFC has stacked the rest of the card with Brazilian stars as well.

Two of these well-known Brazilians would be none other than the legendary Nogueira twins, as Antonio Rodrigo “Minotauro” Nogueira meets Stefan Struve on the main card, while Antonio Rogerio Nogueira meets Mauricio “Shogun” Rua in the co-main event, in a rematch nearly ten years in the making.

Recently speaking with Combate, “Minotauro” actually stated that he believes his fight will be the “Fight of the Night”, and also noted that his brother’s fight will be interesting as well. He also talked about what he needs to do to beat the monstrous Struve:

“I’m telling you my fight will be ‘Fight of the Night'”, Nogueira told Combate. “I think Rogerio’s fight with Shogun will be interesting too. Bethe’s fight with Ronda is also a good one. People will shout a lot. I just can’t play around with the distance, I have to be aware of his kicks. I have to shorten the distance, be careful with his uppercut and his triangle choke. It will be a great, close fight. Struve has great jiu-jitsu and I must avoid that. But when I’m in his guard, I can’t be defensive, I have to  go for kimuras, americanas and all of that.”

Despite being 39 years of age, having over 45 professional fights, and losing three out of his last four, “Big Nog” has no thoughts of retirement, stating that he feels healthy, and that all he wants to do is fight:

“I don’t think about that now. Some fighters lost two or three in a row and came back better, guys from my generation. I’m physically healthy. I don’t have any bad injuries. I’m in shape and all I want to do is fight. My elbows hurt my last fight, I wasn’t 100%. But Dana White takes care of his fighters. I want to put on a good show, now. I promise an exciting fight. The crowd here always give me a good energy. People cheer and taunt my opponent, so the fight gets better for me.”

After two illustrious careers, do the Nogueira brothers have anything left in the tank?