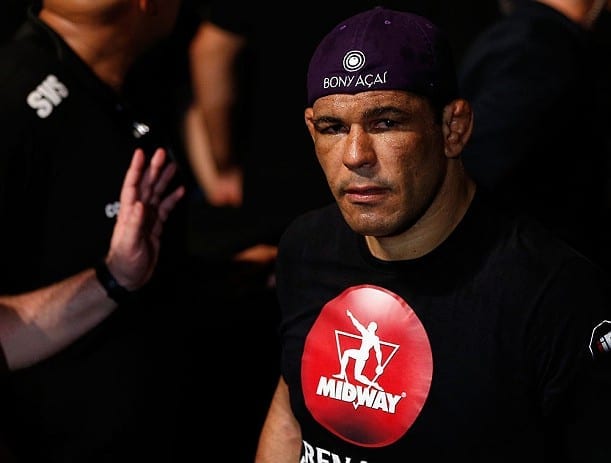 Former Pride FC and UFC interim heavyweight champion Antonio Rodrigo Nogueira had hoped to go out on a high note at UFC 190, as he took on giant Dutch kickboxer Stefan Struve. Unfortunately for ‘Big Nog’, he was unable to get around the monstrous reach advantage of ‘The Skyscraper’, and lost a decision to Struve after being outstruck thoroughly throughout the three-round main card affair. The Brazilian MMA (mixed martial arts) legend was hoping to snap a two-fight losing streak last night (Saturday August 1st, 2015), but instead lost his third on the bounce.

With many questions being raised following brutal losses to Fabricio Werdum and Roy Nelson, it seems they have been answered now in his home nation of Brazil. Speaking during the UFC 190 post-fight press conference, UFC president Dana White confirmed that ‘Big Nog’ has agreed to retire, as per MMAFighting.com:

“I love ‘Big Nog’, and I think everybody loves ‘Big Nog’. He is such a good guy,” White said after UFC 190 at the HSBC Arena. “He’s respected by everybody. He and I actually talked tonight and I’m done. I don’t want to see him fight anymore.”

“He doesn’t disagree. He and I are going to get together and talk,” White said. “”I’m probably going to give him the Chuck Liddell, Matt Hughes and Forrest Griffin deal. I’m going to bring him in and make him an employee.”

His 16-year stint as a fighter may not have come to the most fairy tale of endings, but he has clearly landed a pretty solid job in the UFC for his retirement as reward for his efforts. He had nothing more to prove, after being the number one heavyweight in the world at one point, and showing his warrior spirit far more than most other competitors.

We salute you ‘Big Nog’!